First flown in 1932 the type would see service in limited numbers at the very outset of the war. Self-funded by Boeing, work on the Peashooter began in September 1931, known then as the Model 248. The airplane was faster than previous American combat aircraft, but the pace at which aircraft technology was advancing meant that it very quickly became obsolete. Just two years after the P-26 first flew, the Soviet I-16 was debuted with retractable landing gear and cantilever wings without the need for external braces.

Long past their useful lifespan, 28 P-26’s made up a part of the US military’s fighter strength in the Philippines. Twelve of these airplanes were operating as part of the Philippine Army Air Corps. Amazingly, when called into action Philippine AAC Captain Jesus A. Villamor led his squadron of P-26’s in defense of their airfields, bringing down one Mitsubishi G3M bomber and three Zeros. Villamor had bagged two of the Zeros himself.

The Museum’s P-26 is a replica completed in 2006 by Mayocraft, Inc. of Bolton, Massachusetts. The aircraft is painted to represent the 1st Pursuit Group, 94th Pursuit Squadron, based at Selfridge Field, Michigan, circa 1935-36. This peacetime color scheme was changed to olive drab in combat areas.

Filipino crews burned their P-26’s on December 24, 1941, rather than let them fall into Japanese hands. 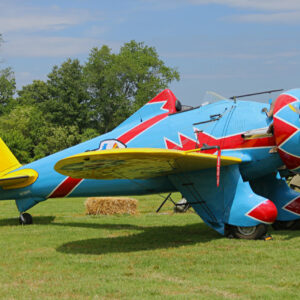 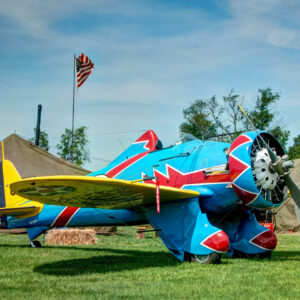 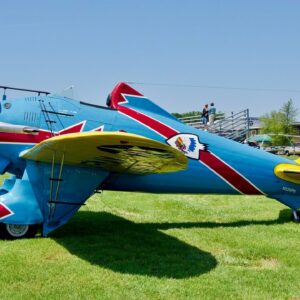 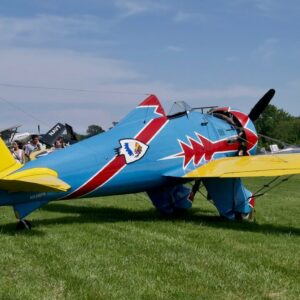 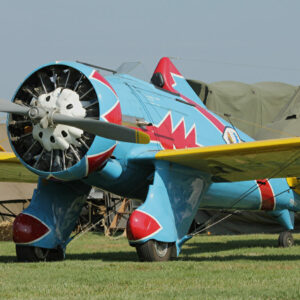