A long-range patrol aircraft designed in the 1930s, the PBY would become one of the most important aircraft in the war. From spotting the Bismarck, to locating the Japanese fleet off Midway, to its vital role in air-sea rescue missions, the PBY was the war’s most successful flying boat.

Sometimes affectionately called the “pig boat” by her crews, the PBY was defined by outstanding range and endurance, but she was also incredibly slow with a cruise speed of just 125 mph. Named for Catalina Island off the California coast, over 3,300 PBYs would be built during the war. As with all Navy aircraft, the designator PBY contains a description of the aircraft’s role, and manufacturer. In this case Patrol Bomber – with the manufacturer code Y for Consolidated.
During the war Catalinas would hunt submarines, transport personnel, escort convoys, conduct air-sea rescue missions and fill many other roles, including that of night-time attacker. These attack aircraft were known as Black Cats due to the dark paint that was applied to them, and played an important role intercepting the Tokyo Express, Japanese shipping that resupplied their island outposts by night.

The Museum’s “Cat” (BuNo 48294) was accepted by the US Navy in October of 1943 and had an extensive career that would take her halfway around the world. Flown first from the factory where she was built in San Diego to her base in Norfolk, VA where she was assigned to VPB-92. Her missions would then take her to French Morocco, the Canary Islands, Gibraltar, and the Azores hunting German submarines in the late-war years.

The airplane would remain in service with the Navy and on loan to the Coast Guard following the end of WWII. The Museum’s PBY was retired in 1956 with 3,567 flying hours on the airframe. The aircraft was obtained by the Museum in 2001.

The PBY was designed as a response to a possible future war in the Pacific, where the scarcity of landing fields meant that a flying boat was preferred. 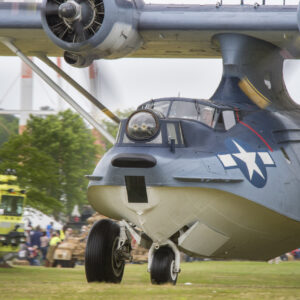 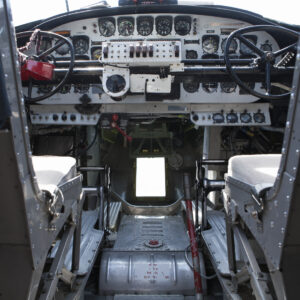 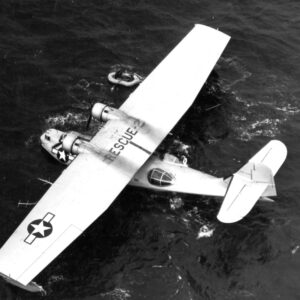 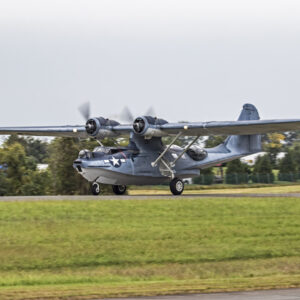 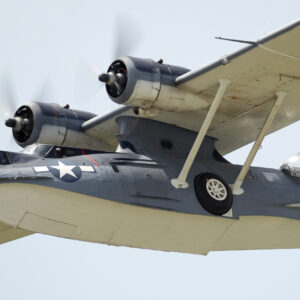 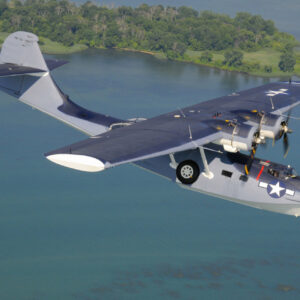 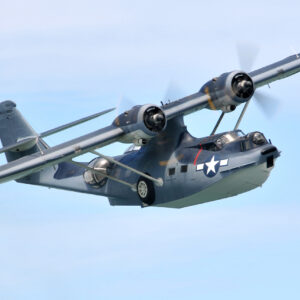 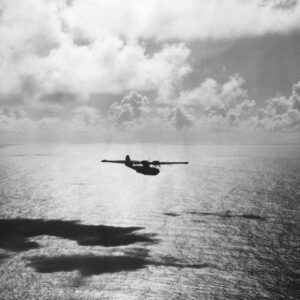 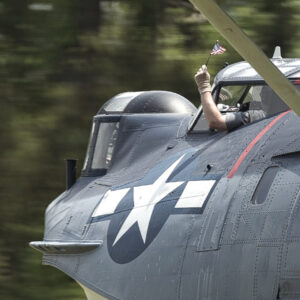 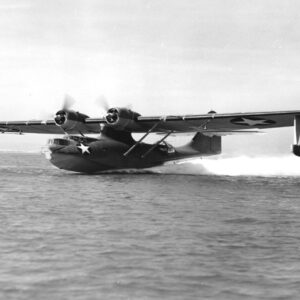 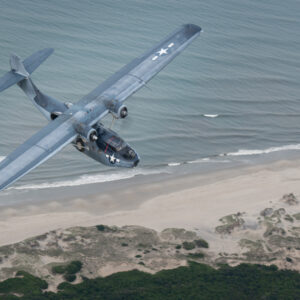 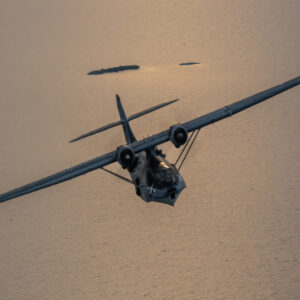 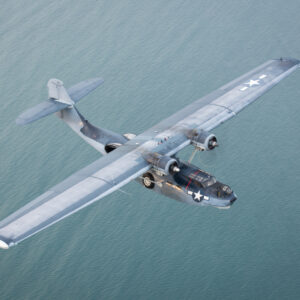