Introduced in 1940, the Dauntless was developed as a scout bomber, hence its SBD designation (Scout Bomber – Douglas). Flown by squadrons of US Navy and US Marine Corps pilots from land bases as well as aircraft carriers, the Dauntless was the principal American dive bomber through much of the war, being replaced by the SB2C Helldiver in mid-1944.

During the Battle of Midway in June 1942, Dauntlesses would deliver fatal blows to all four Japanese fleet carriers that were present. The Akagi, Kaga and Sōryū were hit and disabled within the span of just 6 minutes. The Hiryū would be disabled later in the same day.

The Museum’s SBD-5 was Bureau Number (BuNo) 36175, accepted for Navy service on October 4, 1943 and used to train new Navy pilots receiving their carrier qualifications on the Great Lakes. On January 20, 1944, the aircraft met with the mishap that would see it preserved for 50 years on the bottom of Lake Michigan.

Lieutenant Charles L. Ford III was attempting a landing on the training carrier USS Wolverine. He was too slow on his approach and was given “come on” signals by the Landing Signals Officer; when he was issued a subsequent “wave-off” command, the pilot banked away from the carrier with too little power, leading to a crash. The pilot was lucky to survive with just a few deep cuts to his forehead.

In 1994 the aircraft was recovered as part of a large operation to retrieve rare and important naval aircraft from the bottom of the lake. This operation was conducted by A and T Recovery who would bring more than 40 of the aircraft to the surface. More than 140 are known to have crashed into the lake with only six being recovered during the war. A and T located 36175 in 177 feet of water sitting upright on the lake bottom with its engine some 80 feet away.

The USS Wolverine: Shortly before the outbreak of World War II the Navy acquired two unusual vessels, the Cleveland and Buffalo Transit Company’s Seeandbee (which would become the USS Wolverine) and the Greater Buffalo (which would become the USS Sable). Both ships were passenger carrying side-wheel paddle steamers. These opulently appointed excursion vessels were the cruise ships of their day. The Navy however, had a different plan for these large ships. They planned to establish an inland school for carrier qualification to remove the threat of enemy interference in aircraft carrier qualification training for pilots in either the Atlantic or the Pacific.

With startling speed the two ships were converted into aircraft carriers. They retained their side-wheel coal powered propulsion, but their luxuriant furnishings and upper decks were stripped. Fitted with a 550 foot flight deck, smaller than the Navy’s ocean-going carriers, they were considered suitable for training because there was no deck in the fleet that was more difficult to land on. While limited training with fleet-sized carriers occurred in the Chesapeake Bay, the majority of Naval Aviators who achieved their carrier qualifications during WWII did so on the Great Lakes.

The Dauntless was perhaps the Navy’s most capable carrier-borne aircraft at the outbreak of WWII. The 5,936 aircraft produced would account for 1,189,473 operational hours flown, almost 25% of the total logged by the US Navy during WWII. The Slow But Deadly as it was known, would end the war with a combat tally of 6 enemy aircraft carriers, 14 enemy cruisers, 6 destroyers and 15 transport ships. 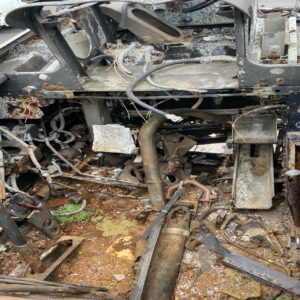 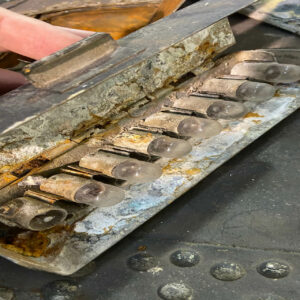 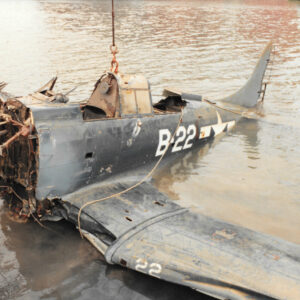 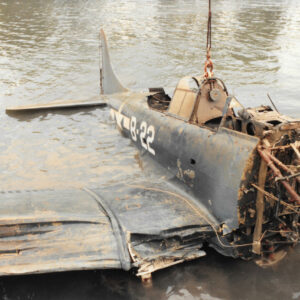 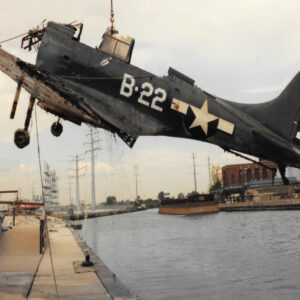 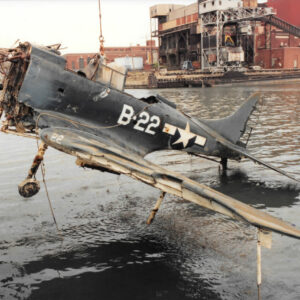