Richtofen’s all red Dr.I was the iconic symbol of WW1 air-to-air combat. It also became well known to Americans via Snoopy, Charlie Brown’s pet beagle in Charles Schulz’s popular syndicated comic strip  “Peanuts.” Snoopy has a Walter Mitty-like fantasy life and one of his alter egos was playing the World  War 1 Flying Ace.  Donning goggles, flying helmet and white scarf, he would climb on top of his Sopwith Camel doghouse to fight imaginary battles with the Red Baron and his Fokker Triplane. These strips were the only exposure many people had to Manfred von Richthofen, Triplanes, Camels and World War 1 aviation in general.

Fokker designed the three-wing DR.I’s at the urging of Richoften and other top aces who were impressed with the more maneuverable Sopwith Triplane which was outperforming their Albatros biplanes.

While both aircraft were triplanes with rotary engines, Fokker’s two-gun design used an advanced structural box spar and thick airfoil cross section wings attached to a steel tubular frame. It is considered the most  maneuverable fighter of the war with excellent climb, although somewhat lacking in speed. Its contemporary, the faster two-gun biplane Sopwith Camel, was the most successful Allied aircraft versus the Dr.I in combat. The Dr.I’s service pinnacle was the German spring breakthrough offensive launched on March 21, 1918.

Its limited production, 320 built, reflected engine problems due to the poor quality of the German castor oil substitute then available and the evolution of air combat superiority toward higher flying and faster Allied aircraft such as the British SE 5a and French SPAD XIII using inline V8 engines.

The colorful paint schemes applied to German fighter aircraft allowed pilots to easily recognize and identify individual pilots and their specific combat unit.
According to aviation historian Jack Herris, the higher drag of the triplane forced designers to abandon the configuration due to the higher speed needed to be a first-class fighter. 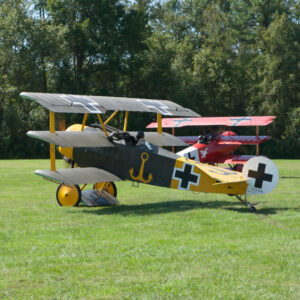 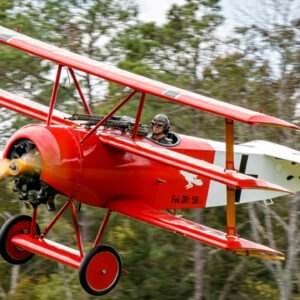 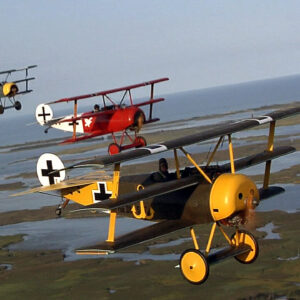 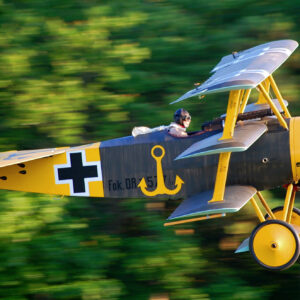 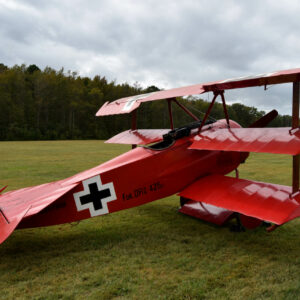 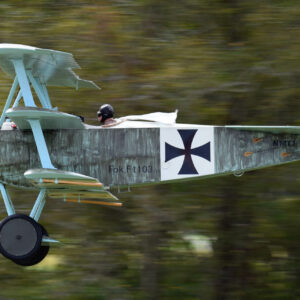 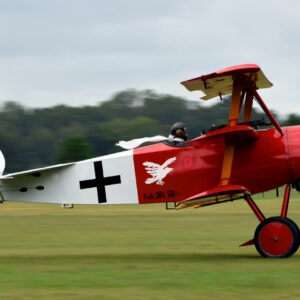 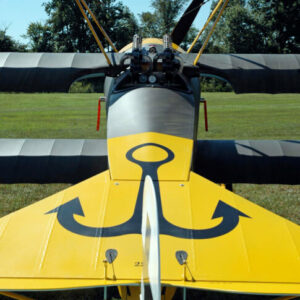 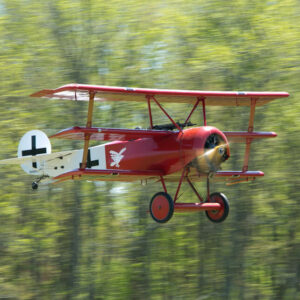