The V38 design was essentially an enlarged Fokker D.VII fighter with two seats and a 185-hp BMW IIIa engine. It was the final wartime development of the D.VII. It was built at the request of the German airforce for a fast two-seater which could be built with D.VII parts and tooling. It was armed with one forward firing 7.92mm Spandau MG and another 7.92mm parabellum MG on a ring in the rear seat. It could be armed with bombs. The characteristic Fokker airfoil spreader between the wheels was for the first time used as the main gas tank.

Anticipating orders Fokker built 60, but the German airforce considered them too light and he was told to continue development. The war ended before they were accepted, and they were never released to the front. None carried German national markings although they were covered with German “lozenge” fabric.

118 Fokker V38s along with approximately 98 D.VIIs and 10-20 D.VIIIs were moved to the Netherlands by Fokker with permission of the German government and the Inter-Allied Control Commission in 1919. In effect, the V38 became the C.I when produced and sold in the Netherlands to the Netherlands, Denmark, USSR, Spain, and USA. Most sources indicate around 250 were built but actual numbers are hard to verify.

All except the Danish order were assembled from original planes and parts moved from Germany. The USMC tested them in 1920/21 and found they assembled and flew well at about 100mph but were deemed not suitable for Navy and USMC use due to large field required coupled with a small useful load. Some of the later aircraft called the C.II were converted to small, covered 2- passenger planes. Dual control version C.IIIs were used as trainers and other still designated as C.Is were reengined with the Lynx 529 or Hispano-Suiza with the last flying in 1936. One Schwerin-built C.I was sold off in 1935 and with another were captured by the Germans in 1940.

Fokker experimental aircraft were designated with the prefix “V” until they were officially accepted into the German air service. Then they were given a title denoting their type and usage. “C” was used for reconnaissance/observation aircraft. Since this was the 1st “C” model produced by Fokker, this was noted by appending roman numeral I, pronounced one, to the type designation.  Thus “Fokker C.I” designates the first “C” type produced by Fokker.

It was also considered as a 1919 possible two-seat fighter to match the SPAD 20 and Nieuport 29. Fokker was never paid for the V38 and considered them still his property which enabled him to move the V38s to the Netherlands. 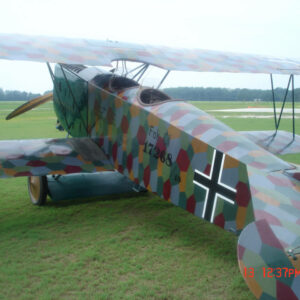 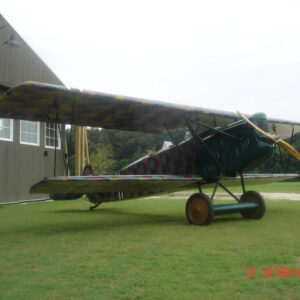 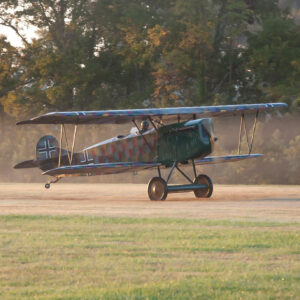