The Wildcat was America’s front-line, carrier based, fighter at the start of the war. Although the airplane was outmatched by its adversaries, superior tactics developed by US Navy pilots would allow Wildcat squadrons to hold back the Japanese advance.

Derived from the Grumman-built F4F-4, the FM-2 Wildcat was manufactured by General Motors and featured several design improvements including a modified tail, more powerful engine (Wright Cyclone R-1820-56) and reduced number of in-wing guns to allow for the carriage of additional ammunition.

General Motors would continue to work to produce and improve upon the Wildcat even after Grumman itself had switched over to manufacturing the more advanced F6F Hellcat. The Museum’s FM-2 received its first assignment to San Pedro, California in April 1944, having been built just a short time earlier at the General Motors Eastern Aircraft Division plant in Linden, New Jersey. It was then assigned to the South Pacific during the summer of 1944, before returning to San Diego and eventually becoming part of a training unit in Florida. In July 1945, a short time before the end of the war, the airplane was assigned to Naval Auxiliary Air Station Pungo in Virginia Beach, just 4 miles north of the Museum!

NAAS Pungo: Also known as NOLF Pungo, due to its origin as an outlying landing field for aircraft training at Norfolk, Pungo’s mission was to support operations and training of composite squadrons, many of which would operate from smaller escort carriers in the Atlantic. The missions of these squadrons were to protect convoys, and to hunt and destroy U-Boats.

A total of 24 squadrons would pass through Pungo during WWII with most consisting of mixtures of Wildcats and Avengers.

The Wildcat has hand-cranked landing gear! During the war new pilots were identified on take-off by the Wildcat wobble, as the airplane would wobble while they cranked the gear up. 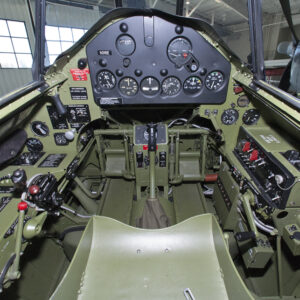 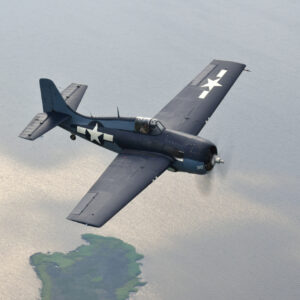 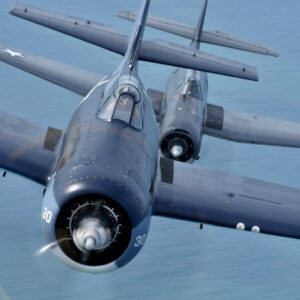 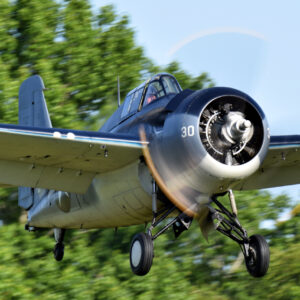 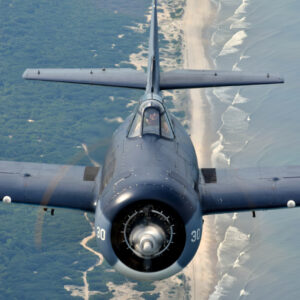 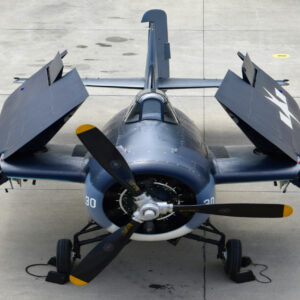 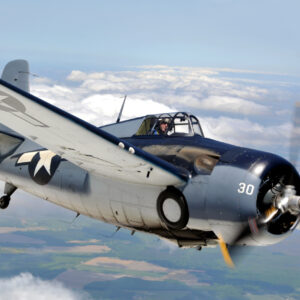