Instantly recognizable for its inverted gull-wing, the Corsair was among the most powerful and unique fighter aircraft of the war. Capable of outfighting even the best Japanese aircraft, the Corsair is certainly a crowd favorite.

The Corsair was designed around the largest available engine at the time, the 2,000hp, 18 cylinder Pratt and Whitney R-2800 Double Wasp Radial engine. An assessment of the best way to drive optimum performance from the engine led the designers to attach it to a 13 foot 4 inch propeller. It was this propeller that would drive another iconic design feature for the aircraft – its inverted gull-wing.

The gull-wing was incorporated to reduce the overall weight of the landing gear. Landing gear must be extremely robust on aircraft that are planned to operate from aircraft carriers, but this also makes them extremely heavy. With the deflection in the wing reducing the distance to the deck that the gear leg needed to cover, the legs could be shorter, and therefore lighter.

This would not be the only landing gear related challenge the Corsair would encounter, as the shock absorption system would often cause the airplane to bounce after landing on an aircraft carrier. This dangerous quirk, along with several others, would have to be resolved by American engineers before the Corsair could deploy regularly with the fleet.

While American engineers worked to raise the pilot’s seat by 8 inches to improve forward visibility, conducted 110 test flights to re-work the ailerons for better control at low speeds, redesigned the tailhook and tailwheel strut, replaced the shock absorbers in the main gear legs, and installed a small spoiler on the leading edge of the aircraft’s starboard wing to alter its stall characteristics at low speeds, the Corsair was principally operated by land-based US Marine Corps units.

With the modifications made, Corsairs would join the fleet. Retaining their reputation as Mud Fighters prized by the Marines for close air support, the Corsair would also earn the respect of other Naval Aviators as one of the few fighters fast enough to intercept a Kamikaze attack. The Corsair would finish the war with an impressive 2,140 aerial victories claimed by corsair pilots against 189 aircraft of their own lost.

Originally designed by Vought, over 12,586 Corsairs would be built. The Museum’s Corsair is one of the 4,007 that were built under license by Goodyear. Constructed in May 1945, the Museum’s Corsair (BuNo 95208) was part of a buildup of equipment intended to supply the invasion of the Japanese Home Islands.

Commander Shelton “Ray” Beacham, USN: The Museum’s Corsair honors a hometown hero, Norfolk-born Shelton “Ray” Beacham, who flew with VF-17 in the Pacific and was sometimes known as the Kittyhawk Kid. Beacham, a local Northside Junior High School teacher, had joined the US Navy in 1939, earning his wings the following year. In 1943, Lt. Beacham was assigned to the VF-17 fighter squadron. The Skull and Crossbones adorned the nose of the Corsairs in this squadron and can be seen on the museum’s FG-1D as well. During his time in the Pacific, Beacham would have two aerial victories which are also marked on the Museum’s Corsair.

During the time Beacham served with the squadron, VF-17 was said to have been a clear leader among the Solomons Fighter Command Squadrons, and they would play a vital role in turning around the bad reputation that the Corsair had in the early days of its service.

The Corsair whistles at high speed because the intakes for the aircraft’s turbo-supercharger, intercooler, and oil cooler are recessed in the leading edge of the wing. 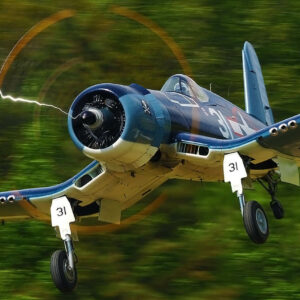 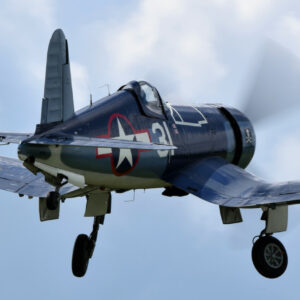 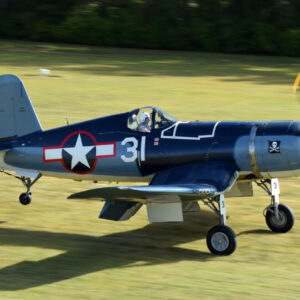 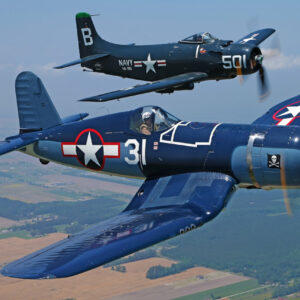 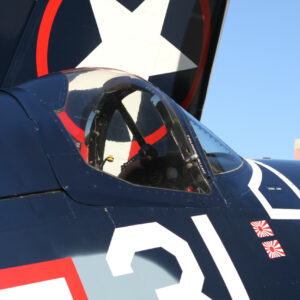 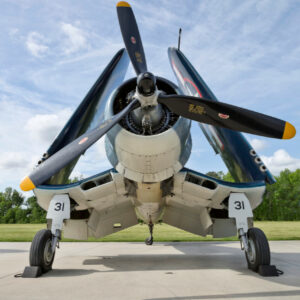 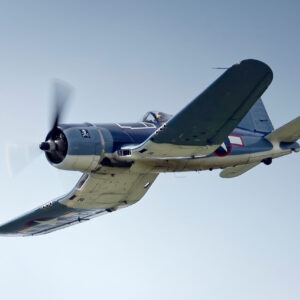 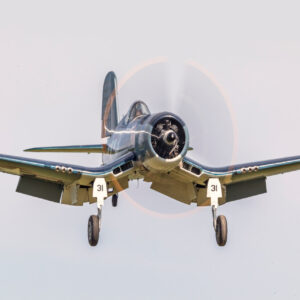 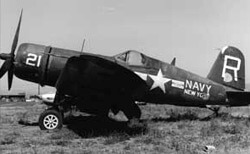 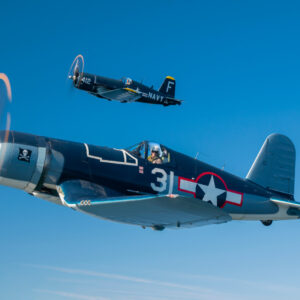