Although its role in the Battle of Britain is often overshadowed by the Spitfire, the Hurricane accounted for 60 percent of the losses sustained by the Luftwaffe. The Hurricane was the more stable gun platform and would see service in all the major theaters of WWII.

Developed as a monoplane derivative of the Hawker Fury biplane fighter, the Hurricane would incorporate several features that, while uncommon for the time, would become critical to war-time fighter designs. One such feature was retractable landing gear. Although the Air Ministry was initially skeptical of Hawker’s Interceptor Monoplane, they ordered a prototype in late 1934, and would order the aircraft into production in 1936.

By the time the war broke out in Europe, the Royal Air Force (RAF) had 18 Hurricane-equipped squadrons in service. When production ended in July 1944, 14,487 aircraft had been produced, primarily in the UK and Canada. Canadian Car and Foundry (CCF) plants in Fort William (Thunder Bay), Amherst, Nova Scotia and Montreal produced 1,451 Hurricanes. The Museum’s Hurricane (c/n 56022) was built in Canada by the CCF plant outside Thunder Bay. The airplane was accepted by the Royal Canadian Air Force in February 1943 and spent the war in Canada as part of both training and operational units.

From 1948 until 1965 the airplane sat on a farm in Saskatchewan. Because the airplane remained intact after the war, it is almost completely original including its Packard-built Merlin-29 engine.

Pilot Officer John Kenneth Haviland, DFC: The Hurricane wears the markings of an airplane flown by John Kenneth Haviland, an American who flew with No. 151 Squadron, Royal Air Force, during the Battle of Britain. “Ken” was the only American-born RAF pilot who flew in the Battle of Britain and survived the war. After the war Haviland continued his education, earning a degree in mechanical engineering at London University and later earned a PhD in aeronautical and astronautical engineering at MIT. He joined the University of Virginia faculty in 1967, teaching first in the Hampton Roads area and then at Charlottesville for 27 years. Dr. Haviland died in 2002 as the last remaining American survivor of the Battle of Britain. 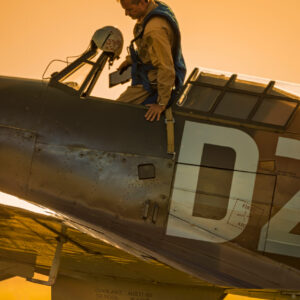 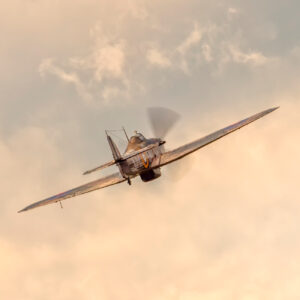 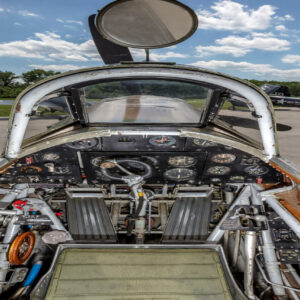 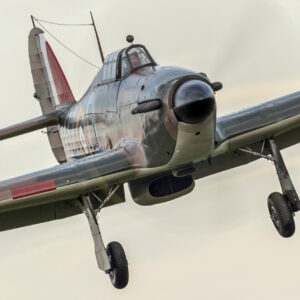 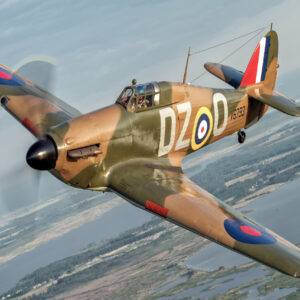 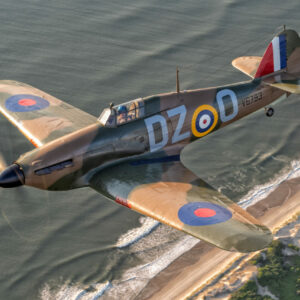 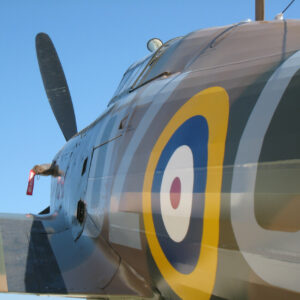