The Me 262 was the world’s first operational jet fighter. The Museum’s example was reconstructed by Legend Flyers of Seattle, Washington, working from plans that were created during the restoration of the original Me 262 at Willow Grove Naval Air Station.

The Messerschmitt Me 262 was the world’s first operational jet-powered fighter aircraft. Aircraft design efforts actually began prior to World War II in 1939, but problems with the engines prevented the aircraft from attaining operational status with the German Luftwaffe until mid-1944. This was one of the most technologically advanced aviation designs in use during the war having two primary roles. The Me 262 A-1 Schwalbe (Swallow) was designed as a defensive interceptor, and the Me 262 A-2 Sturmvogel (Stormbird) served as a fighter/bomber.

Although the aircraft lacked the maneuverability of piston-engine Allied fighters, Me 262 pilots learned that their superior speed would allow them to escape interception. Me 262s could attack a bomber formation and escape from American escorts easily, but it was not long before Allied pilots learned that the best way to deal with the jets was to attack them on the ground and during takeoff or landing. Luftwaffe airfields identified as jet bases were frequently bombed, and Allied fighters patrolled over the fields to attack landing jets.

Although it is often said that a lack of fuel impeded the success of Me 262 operations, the less-refined jet fuel was a separate consideration from the more-refined aviation fuels being used in piston powered aircraft. The true Achilles heel of the Me 262 was its engines. The use of metals such as nickel and cobalt in the manufacture of engine components was essential to allow them to withstand the heat they created. These metals were simply not available to the Germans in quantity at the time, so the average lifespan of a production engine was just 25 hours.

The work to create new-built, hyper accurate Me 262s began in 1993, with the original example being returned to Willow Grove in 2000. The Museum’s aircraft first flew in 2011. To solve the issues with engine reliability, the Museum’s aircraft uses modern General Electric engines.

Luftwaffe Pilot Guido Mutke: The Museum’s Messerschmitt 262 is marked as White 3, flown by Hans Guido Mutke. Mutke believed he had exceeded Mach 1, breaking the sound barrier in a straight down, 90-degree dive on April 9, 1945, as he was protecting another Me 262 from attack, however this has never been confirmed. Two weeks later he went on to end his war career by landing his Me 262  in Dubendorf, Switzerland on April 25, 1945. He claimed to have gotten lost during a mission, but others believed that he was defecting. The Swiss did not try to fly the plane and kept it in storage until they returned it to Germany in 1957. Mutke’s original aircraft is now on display in the Deutsches Museum in Munich, Germany.

As the two-seat trainer was largely unavailable, many pilots made their first jet flight in a single-seater without an instructor. 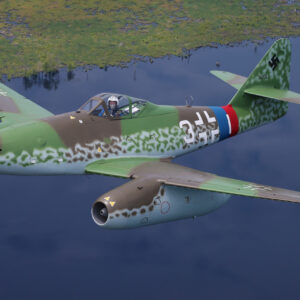 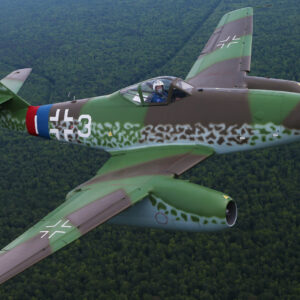 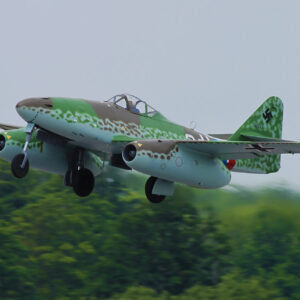 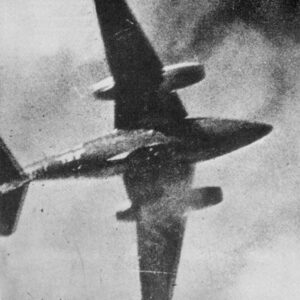 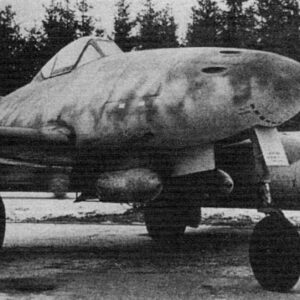 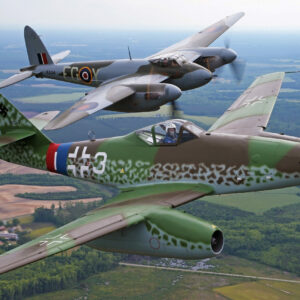