The Nose Art “Wild Cargo,” although done in a style common during the war, is based on a name the airplane earned post-war, when it crash landed carrying a cargo of exotic reptiles.

The B-25 medium bomber was named for Billy Mitchell, considered by many to be the father of the modern Air Force. More than 9,800 Mitchells would be built and they would see service in every theater of the war. They would primarily serve with the US Army Air Forces, though the Marine Corps would operate them as the PBJ (Patrol Bomber – North American). Such was the capability of the Mitchell that they were desired in foreign service as well, supplied to the Commonwealth and the Soviet Union.

B-25s were adapted in the field, and later the factory, to a wide range of roles. B-25s would operate as gunships supporting ground troops, as low level skip-bombers, and the H-model even mounted a modified 75mm tank cannon in the nose. The Museum’s B-25 is a J-model, built by North American at their Kansas City Plant. J-models were the most numerous type, and while some were equipped with 8 extra .50 caliber  machine guns in the nose as “straffer” versions, ours was factory fitted with a glass nose and the furnishings for a Norden Bombsight.

The airplane was delivered to the US Army Air Forces in December 1944 and it served as a trainer until 1958. It was sold into private hands with around 6,800 hours of flying time on it. The Museum’s Mitchell was sold no less than ten times to different civilian owners after the war for as little as $500.

The Doolittle Raid, a Virginia Connection: The Virginia Capes area has a special connection to the Doolittle Raid, since it was at Chambers Field where the notion of having Army medium bombers taking off from an aircraft carrier emerged when Captain Frances S. Low observed twin-engine aircraft practicing around the outline of a carrier that had been painted on the runway. As the plan solidified and the B-25 was selected, two B-25s were loaded onto the USS Hornet in Norfolk and test launched in the waters off Virginia Beach. With the successful launch, plans were put in place to attack the Japanese Home Islands. The successful attack would provide a much needed morale boost to Americans in the months following the surprise attack on Pearl Harbor. 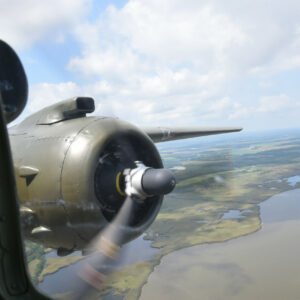 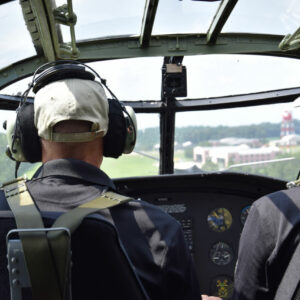 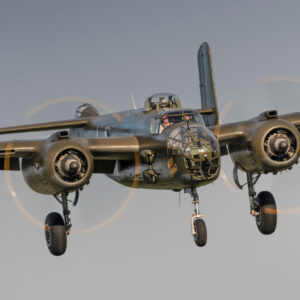 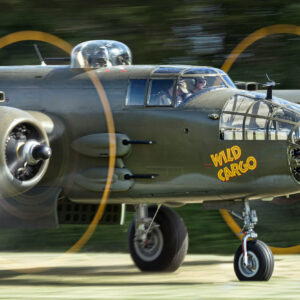 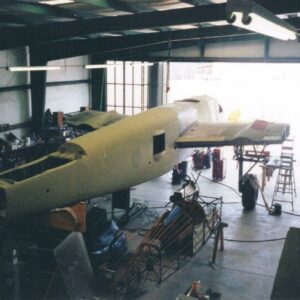 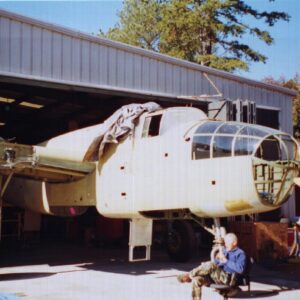 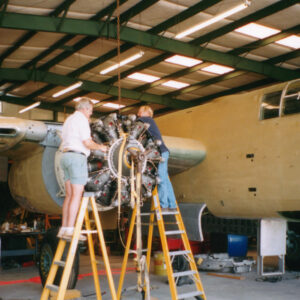 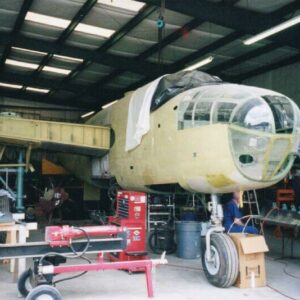 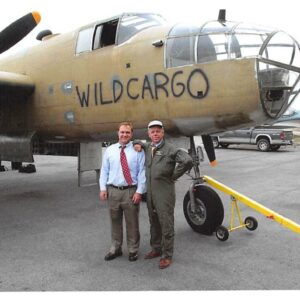