With a range of designations for the aircraft based on its branch of service and configuration, the Texan played a vital role as an advanced trainer, providing would-be fighter pilots a final stepping stone before flying single-seat combat aircraft types.

Originally submitted as a Basic Combat Aircraft, the AT-6 (Advanced Trainer No. 6) would become the most widely used Advanced Trainer of WWII. With over 56 sub-variants produced from 1937 – 1945 and a total of more than 20,000 aircraft, AT-6s continue to be widely flown as Warbirds today.

The Museum’s aircraft is a rare, original, US Navy SNJ-2 (S = Scout, N = Trainer, J = North American) and has an unusually shaped rudder compared to the majority of other AT-6 type aircraft.

Flight Training during WWII: With a pressing need for pilots in every theater of the war, pilot training programs were condensed during the war. A training program that initially lasted for 36 weeks eventually took just 27. The program was divided into three phases, each nine weeks in length. Primary instruction included 65 hours of flight time during which a pilot would solo the first time, flying without an instructor. This was then followed by 75 hours of flying as part of the Basic Training Program where pilots learned how to use radios and how to fly in formation, as well as flying on instruments. After graduating from Basic Training, a further 75 hours of flying was conducted in the Advanced phase. In Advanced, training pilots were divided for single-engine or multi-engine service. Those who were destined to fly fighter aircraft would advance to the AT-6, with more horsepower than the BT-series aircraft and retractable landing gear. Those who were destined for large bomber or transport aircraft would fly aircraft such as the AT-9, AT-10, or AT-17 where they learned how to manage a second engine.

In addition to its formal name, the Texan, the AT-6 had another important nickname given to it by those who flew it – the Pilot Maker. 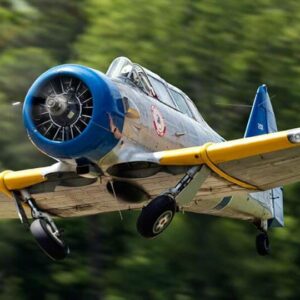 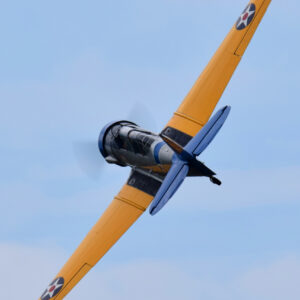 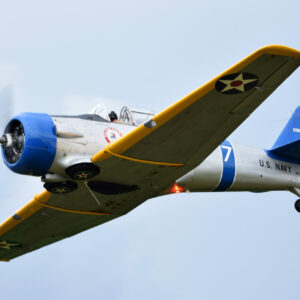 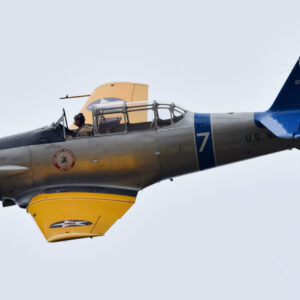