Developed from the I-5 Fighter Design, the I-15 and later I-15bis would still be in service at the start of Operation Barbarossa, the German Invasion of the Soviet Union.

First flown in 1933, the I-15 was a stout, biplane fighter that was extremely maneuverable. It featured a gull-shaped upper-wing which proved to be unpopular with many Soviet pilots. Taking this feedback into account, the 1937 version, the I-15bis was designed with a more conventional upper wing configuration. Effort was put into the continued development of the design because it was thought that biplanes, given their advantage of maneuverability over monoplanes, would still play a significant role in air-to-air combat during any coming conflict.

I-15s were supplied in quantity to the Chinese who were resisting a Japanese invasion. Two hundred fifty-five aircraft were committed in the fall of 1937, and by 1939 a total of 347 I-15s and I-15bis’ had been supplied. This military support was aided by 250 Soviet pilots who volunteered to fly the aircraft in China as predecessors to the latter group of American Volunteer Pilots who would arrive to support China after the Soviets pulled their volunteers out.

The Museum’s I-15bis was restored from a wreck recovered in Karelia, believed to have flown with Assault Air Regiment 145 of the Northern Front Air Force. Following its restoration it was flown during the 2001 Moscow Airshow, the first to do so since the war. Like all of the Museum’s Polikarpov Fighters it was restored by Aviarestoration, in Novosibirsk, Siberia, with support from Rusavia.

Although superseded by the I-153 in frontline units, more than 1,000 I-15bis fighters were still in service as ground attack aircraft during the German invasion of the Soviet Union. 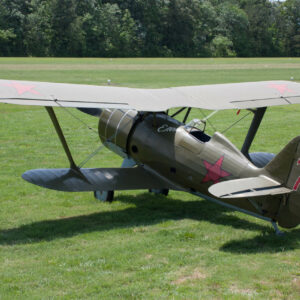 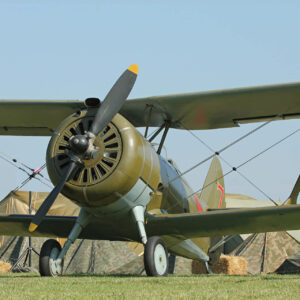