Introduced in April 1917 during the Battle of Arras by the famous 56 squadron of aces (26) which included Maj James McCudden and Capt. Albert Ball. It was the first British single-seat fighter to mount two-machine guns as standard armament.  Like the Sopwith Pup and Triplane, it has an adjustable tailplane (trim).

The SE5a ended the dominance of the Albatros scouts in the spring of 1917.  It remained in front line service through to the Armistice in November 1918 and was considered equal to the German D.VII (D7) by Allied and German pilots. It was among the fastest aircraft of the war powered by the 200hp Hispano-Suiza “Viper” engine (134mph), rugged, almost viceless in flying, and a very stable gun platform.

Our SE5a is in the livery of 3rd Flight, 85 Squadron (Flying Foxes) commanded by top Canadian ace Maj. “Billy” Bishop, and later during this period by Maj. “Mike” Mannock. It is powered by an original 1918 180hp Wright-Martin E  Hispano-Suiza 8-cylinder engine of the type built for the U.S. Army Air Service SE5’s during and after the war. Our SE5a was rebuilt to exacting specifications by Vintage Aviation Services in Kingsbury Texas and returned to the museum in December 2020.

D6851 was the mount of USAAS 16 victory ace, 1st Lt. Elliot W. Springs serving with 3rd Flight, 85 Squadron who claimed three German observation planes while flying this aircraft from 17-25 June 1918. Shot up by a rear gunner after his guns jammed, he crash landed and destroyed D6851 in the British reserve trenches with head, and face injuries on 27 June 1918. An excellent pilot and leader he was transferred to the American 148th Aero Squadron as B Flight Leader flying the Sopwith Camel. He was awarded 12 more victories making it 16 for the war and the status of America’s 5th ranked fighter ace and squadron commander.

Springs father was the owner of Springs’ Cotton Industries which he inherited in 1931.

He kept a flask of milk in the cockpit to overcome airsickness. 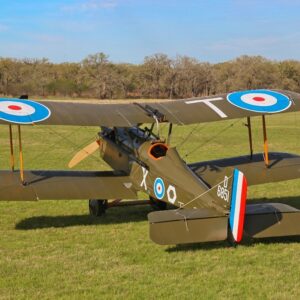 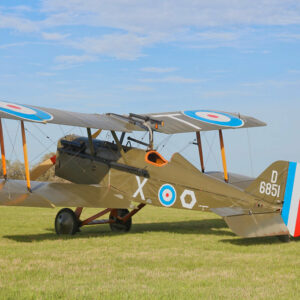 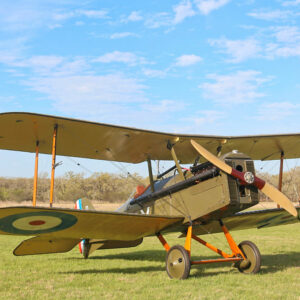 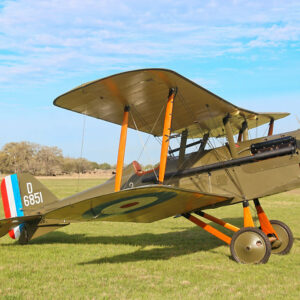 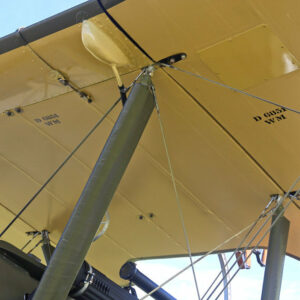 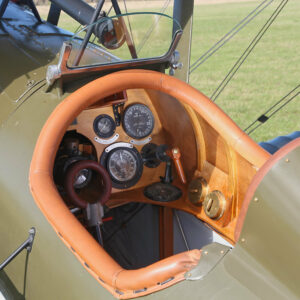