Sopwith 1 ½ Strutter was the British early 1916 counter to the German Eindeckers. It was named the 1 ½ Strutter due to its unique construction of the half struts in the center at the cockpit holding the top wings together. It was built both in single seat (bomber) and two seat (fighter/observation) roles. Its forward firing Vickers machine gun coupled with a second movable Lewis Gun in the rear cockpit packed a considerable 1916 wallop especially with the 110hp Clerget 9b rotary engine flying at 100 mph. It introduced pivoting surfaces that could be moved against the airstream. (Early dive brakes and adjustable tail plane).

In eleven months of combat the Strutter went from the triumph over the Eindecker to obsolescence against the Albatross in “Bloody April” of 1917 when they suffered many losses.

The French produced more than half of the apx. 5900 built and used it as an observation and bomber aircraft. French built Strutters trained US observation/reconnaissance crews & equipped three US Corp observation squadrons for several months in early 1918.

Our Strutter N4088H is a movie actor appearing in the 2006 movie, “Flyboys” (All 2-seat scenes) was built in 1992 by Arganbright.  It’s now painted as a night fighter (Comic) in the 1917/18 Livery of RFC 78 (HD) Squadron, a home defense squadron based in the UK against German bombers. Our second Strutter N19145 was built at AIM Dallas in 2017 and is displayed as a French-built U.S. Army Air Service (USAAS) trainer based at Issoudun and Tours aerodromes circa 1918.

“Comic fighter” was nickname for an aircraft with an unusual configuration/conversion to another function, in this case night fighters flown by a pilot in the rear seat. 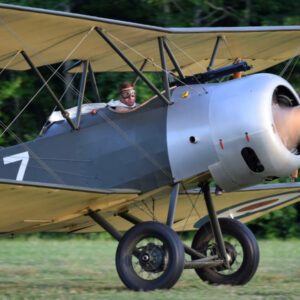 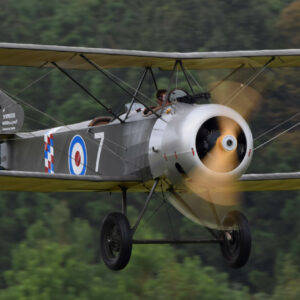 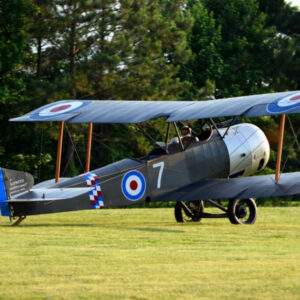 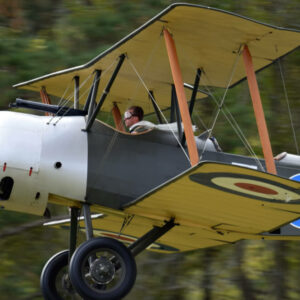 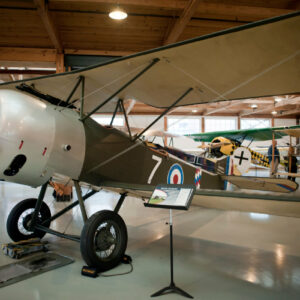 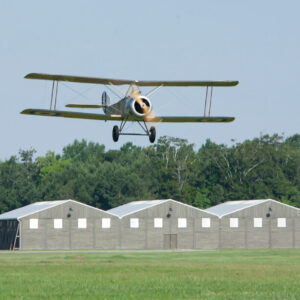