Designed as a short-range, high-performance interceptor, the Spitfire would become a symbol for British resistance against the Germans during the Battle of Britain. The impact it had on morale, and its performance in combat have led some to call it “The Airplane that Saved the World.”

Known by her war-time serial number MJ730, the Museum’s Spitfire is a veteran of over 100 combat missions. Originally manufactured at Castle Bromwich Aircraft Factory by Vickers-Armstrong, MJ730 was test flown by Alex Henshaw on December 10, 1943. She was then shipped to Casablanca aboard the S.S. Leeds City.

MJ730 would later be transferred to the Italian Air Force, and eventually into Israeli Service. Years later the airplane would be located in Kibbutz Kabri near the Lebanese border where it was serving as a piece of playground equipment. The airplane was recovered for restoration in 1978.

Squadron Leader George Frederick Silvester, DFC: When MJ730 arrived at No. 32 Squadron, RAF, she was selected by Squadron Leader George Silvester as his personal aircraft. Before the individual aircraft code could be applied, he had remarked to his ground crew that “there was a bit of a question mark” over which flight identifier should be applied, since the CO belongs to neither A flight nor B flight. The ground crew then applied a question mark to his aircraft as a joke, but the gesture amused the Squadron Leader who chose to keep it! The airplane has since been referred to as “The CO’s Query.”

Silvester was born in Gravesend, England on November 9, 1920. He began flight training in April 1939, and was called to full-time service with the outbreak of war. He would be trained in part at Flight Training School Brize Norton. Silvester was a participant in the Battle of Britain and he would fly for several squadrons as a sergeant pilot before receiving his commission. Later, Silvester was actively engaged in training American pilots of the 52nd Pursuit Group to fly Spitfires through the summer of 1942. He would serve with No. 32 Squadron towards the end of the war, traveling with the unit from Foggia, Italy to Greece. Silvester survived the war and married Section Officer Elizabeth Maureen O’Donohughe WAAF in July 1946.

During her time on Corsica, MJ730 was captured on color film! The clip was filmed by William Wyler (Director of Memphis Belle) for his film Thunderbolt. 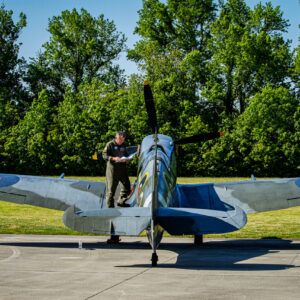 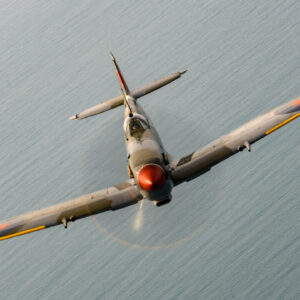 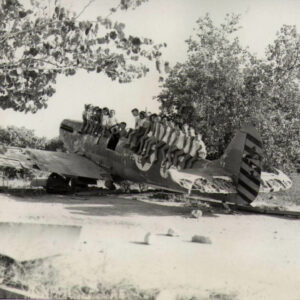 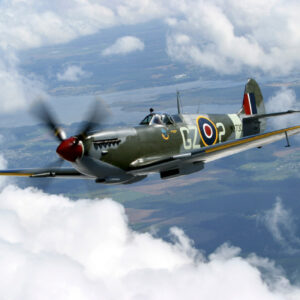 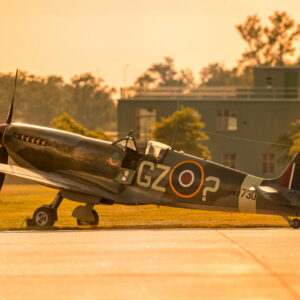 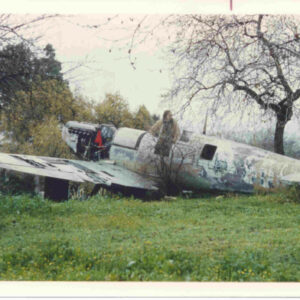 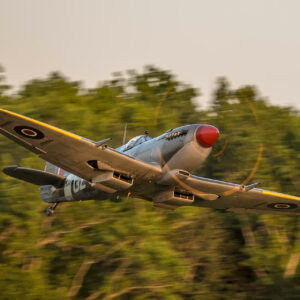 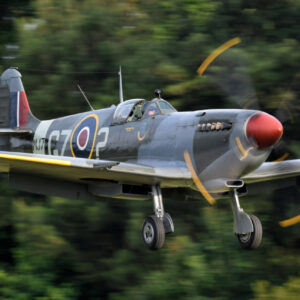 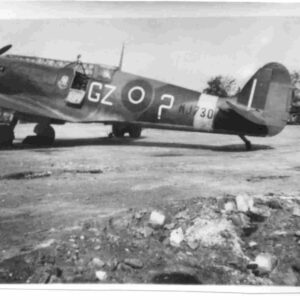