An original German Luftwaffe Hangar, Halle 6, was constructed at Cottbus, Germany in 1934. As with other hangars at Cottbus, Halle 6 was designed to be raised quickly and easily transported. The curved arches were designed with no interior columns to provide for maximum usable space.
The hangar was originally used to house aircraft for the flight school at Cottbus but from 1941-1944, the demands of wartime meant that it was used by the Focke-Wulf Company for storage and as a base for test flights. The company manufactured the Fw 200 Condor patrol aircraft and Fw 190 fighter at Cottbus. Near the end of the war the Ta 152 aircraft was also assembled at Cottbus.

On May 29, 1944, the hangar was severely damaged during an Eighth Air Force attack. Makeshift repairs were made. We believe that it was during those repairs that an individual performing the work as a forced laborer scratched an inscription into one of the beams. During the re-assembly process, the inscription translated from Polish read: “Anusia Waclaw Worked Here, 10.14.1944.” What remains of this inscription can be viewed in the hangar with a visit to the Museum. 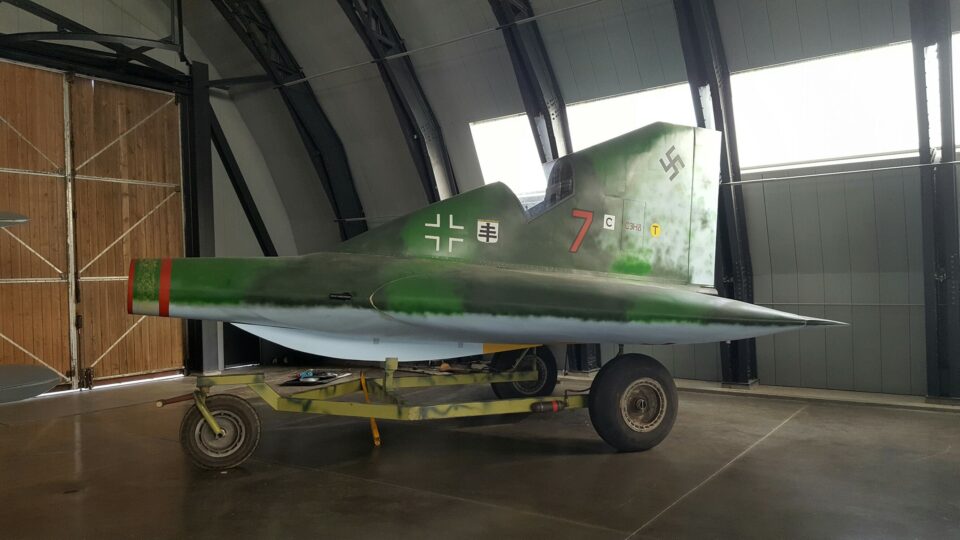 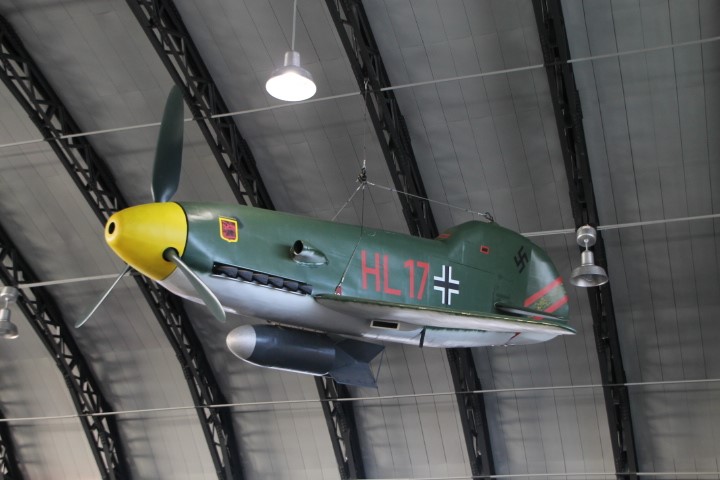 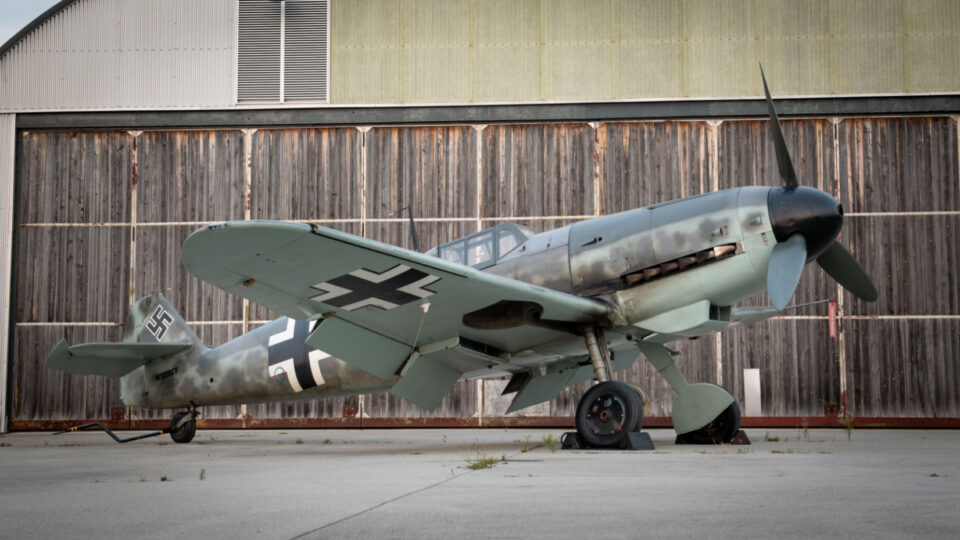 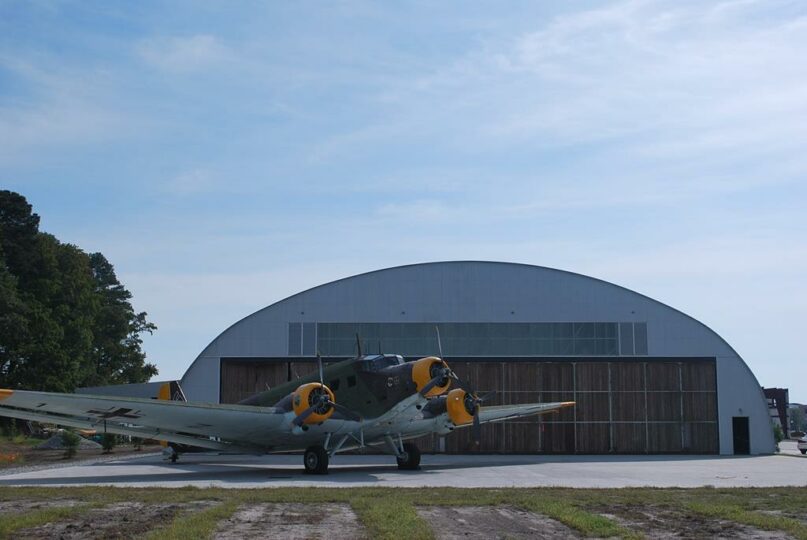 As the Red Army closed in, two Luftwaffe fighter wings would operate from the field, until April 23, 1945, when the Hangar, along with the rest of the airfield, was seized by Red Army Forces. Small arms damage was done to Halle 6 during the attack, and it is still visible on the structural arches inside the building.

In 2004, the hangar was studied, measured, and disassembled for transport to the Museum, where it was restored and erected here to display portions of our collection.

Displayed inside the Cottbus Hangar, in addition to many rare German WWII-era aircraft, are a selection of concept aircraft and prototype replicas that range from the practical to the bizarre. Many of the ideas the designers put forth in such aircraft were ahead of their time. In many of the replicas, a number of which were produced in Germany, original parts and components can be found.

These unusual designs were emblematic of the belief that advanced technology could still allow for a German victory as they edged ever closer to defeat. These Wunderwaffen (wonder weapons) as they were known, gave little thought to the practicality of manufacturing them, or even the practicality of using them in combat.