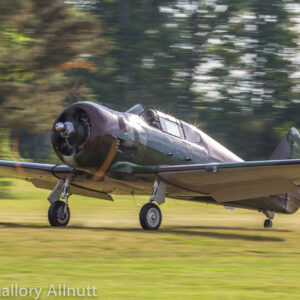 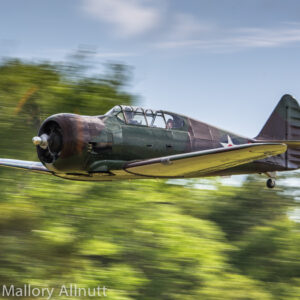 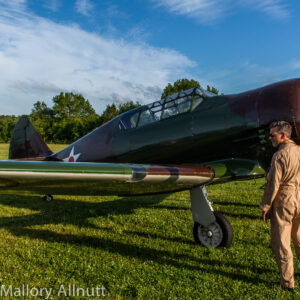 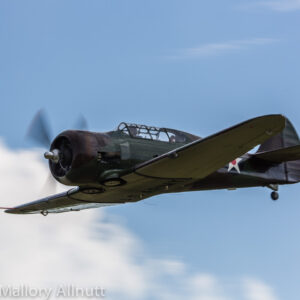 The Military Aviation Museum took delivery of a North American P-64 replica at the Military Aviation Museum in Pungo, Virginia. Just in time to take part in Warbirds Over the Beach 2014, the Museum's annual air show, the aircraft flew in from her previous owner’s home in Louise, Texas. She made two spirited low passes down the runway before landing, and taxiing up to a very appreciative team from the Museum, including founder Jerry Yagen. Today was the first time he’d actually seen the replica in the flesh. It is actually a highly modified former Portuguese Air Force SNJ-4 Texan, Bu.10288. The late Lt. Col. Art Medore (founder of the now defunct Banaire) modified the Texan into the design’s fighter variant which was only made in small numbers for export. Just one original P-64 is known to exist, and this currently resides in the EAA museum in Oshkosh, Wisconsin. Regardless of its status as a replica, it looks and sounds amazing in the air.