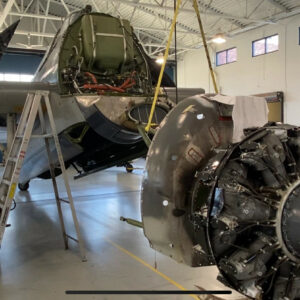 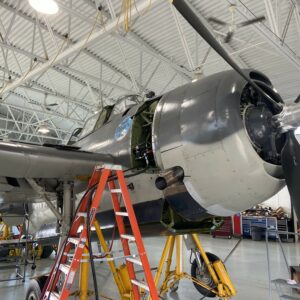 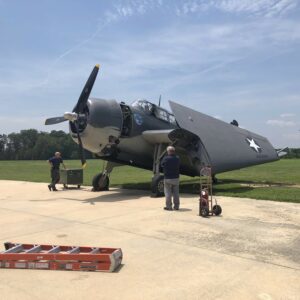 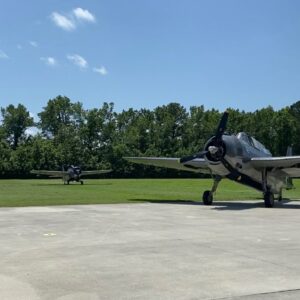 Thundering into the sky for an excited Summer of Flight crowd, the “Turkey” is back! Although it has taken several years, the team at the Fighter Factory has completed the restoration of our Avenger!

After an unfortunate mishap several years ago the aircraft required extensive overhaul. The restoration process was extended by the need to create several complex custom parts for to rebuild the lower portion of the aircraft’s cowling. Despite the challenge it presented, the restoration progressed slowly but surely, with a freshly overhauled engine arriving several months ago, as well as a factory-fresh propeller to go along with the rebuilt cowling.

Over the past several months the airplane has been subjected to extensive test runs, as well as test flights before being returned to the Museum for display and participation in public programs. Now able to be viewed once again in the Navy Hangar, the Avenger will be a regular fixture for public events in 2021.

Our Avenger continues to wear the markings of US Navy Ace Captain Richard “Zeke” Cormier of Composite Squadron 1 (VC-1) based on the USS Card (CVE-11). Cormier became an ace while flying the F6F Hellcat in the Pacific following his 75 combat missions in the Avenger in over the Atlantic.