The Fleet Model 2 has arrived! 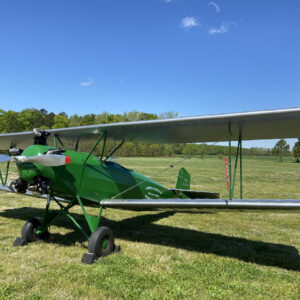 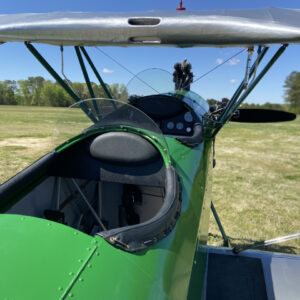 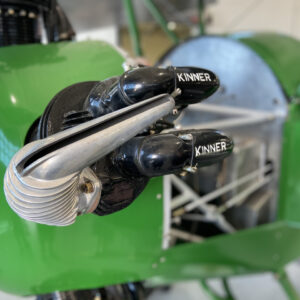 The Military Aviation Museum collection is home to a large number of aircraft that the public does not regularly have the chance to see. These airplanes wait in storage for the opportunity to be restored. Which airplanes get finished in what order is not always an easy decision, with thought given to available resources, and to vacancies at certain shops to work on certain things.

Our Fleet Model 2 has been in the collection for a very long time, but has only recently been completed and brought back into flying form. We are pleased to welcome it back home after several years with Vintage Aviation Services in Texas. The team at Vintage Aviation Services has done amazing work on the Museum’s pre-World War II aircraft, including the Thomas Morse S-4 Scout, and the Fleet is no different!

This particular airplane has been painstakingly restored to the configuration it would have been in during the time period in which it was owned by Paul Mantz and his company, United Air Services. The team at Vintage Aviation Services even conducted extensive research into the correct phone number for the company at the time when they were operating this aircraft at the Burbank Airport. Research also revealed that the airplane was painted this particular shade of green, with that information found in a preserved FAA maintenance record.

Interestingly, Paul Mantz bought the Fleet from female pilot Anna Cort Meyer in late March, 1937. We believe Meyer was a member of the Bay Cities Chapter of the Ninety-Nines at the time. We are actively researching previous owners of the airplane and are eager to learn more about Anna Cort Meyer and the history of this particular Fleet Model 2!

United Air Services was established by Paul Mantz to provide Hollywood producers a one-stop-shop for all their aviation needs! His operation was even insured to protect producers from financial risks due to accidents or mechanical issues. Mantz also famously flew with Amelia Earhart as a technical advisor as far as Hawaii on her failed initial attempt to circumnavigate the globe. United Air Services purchased this airplane shortly after his return to California.

During WWII this Fleet was in Texas, with much of its wartime history still being researched.