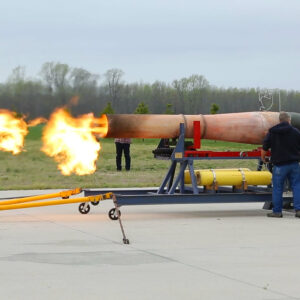 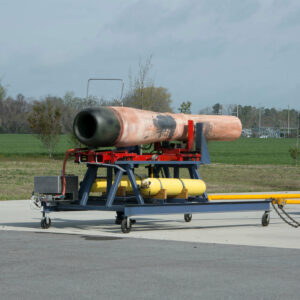 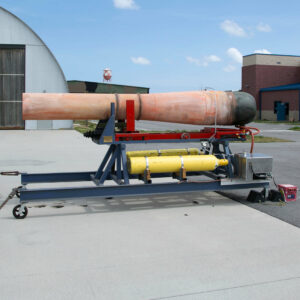 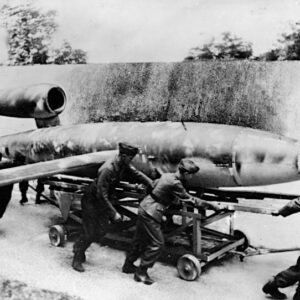 The Military Aviation Museum in Virginia Beach, Virginia has just test run a modern replica of the Argus As 014 pulse-jet engine used on a WWII-era Fiesler Fi-103, perhaps better known as the V-1 ‘Doodlebug’ or ‘Buzz Bomb’. The V-1, as most of you will know, was one of Hitler’s “Vengeance Weapons” with which the Third Reich attempted to exact revenge upon Allied civilians. The distinctive sound of the engine did indeed cause serious alarm to anyone who heard it during the war, but it was the sudden silence that followed the engine shutting down that was worthy of true terror, as it meant that the weapon, with its 850 kilogram, high explosive Amatol warhead, was about to strike in the immediate area. It didn’t care who, or what, was in its path. This was the dawn of the drones….

While the Military Aviation Museum does have an original, restored V-1 on display in its collection, this particular engine is a modern replica built by Alex Kuncz in Germany. Jerry Yagen, the Museum’s founder, bought the motor from Kuncz, with the idea of running it from time to time to demonstrate just what the motor would sound and look like while running. This hasn’t proven as easy to do as originally thought.

Members of the Fighter Factory team did a lot of research online, and into the provided schematics. Additional support was brought in from Bob Maddox of Maddox Jet in Oregon. Maddox is a genius with pulsejet technology who has built a slew of pulse-jet-powered vehicles, from automobiles to motorcycles… and even a skateboard if you can believe it. He has also worked with Jay Leno on one of his jet-powered cars. Maddox built a new system for the Argus engine which consists of six electric fuel pumps incorporated with the tank. The original 1940s system injected air into the fuel tank to pressurize the gas. We are grateful to both Maddox and Kuncz for their work.

As the Military Aviation Museum’s director, Mike Potter, noted, it has taken “Months of background work and research… to find just the right mixture of fuel and gas that would allow for sustained operation. For such an elegantly simple concept and having virtually no moving parts, the solution was elusive. Lot’s of initial impressive “bangs”, but no sustained operations until this week. It was impressive watching the paint peel off of the engine and drift away as the unit heated up on the first successful run.”

The Military Aviation Museum has a complete and original V-1 on display inside the main museum building. A small firm in Munich restored the V-1 to its present condition. Interestingly, this particular V-1 has a triangular bracket top of the fuselage for slinging the weapon under the wing of a Heinkel He-111 bomber for an air launch. Launching the V-1 from the air was more effective as it gave the weapon longer range and greater accuracy. It also did away with the need for the expensive and vulnerable launching ramps for conventional firing from the ground.

Now that the Military Aviation Museum has got their replica Argus As 014 engine running successfully though, it’s quite possible there will be public demonstrations of its operation before too long. While it might seem a little odd to want to run a V-1’s engine, given all that it represents, we have to understand that these days so few people are left who can recall that sound, or the true meaning that it carried. History comes alive with the senses, and this will remind us all of what our forebears had to endure for our freedom, whether on the battlefield, or the home front. It will remind us to be thankful for peace, and hopefully keep us eager to preserve it. That is something worthy of remembering….