Holding just over 68,000 gallons of water, atop 100 feet of steel trestle our Water Tower is visible for a wide range around the airport. In addition to making the airport easier to spot from the air with its high visibility paint scheme, the Water Tower serves a function very similar to those that were furnished to WWII bases around the country, providing water pressure for firefighting systems at the Museum.

The Water Tower is a historic structure, and was relocated from Tennessee to Virginia Beach. It is thought to have originated from an original WWII airfield site in Kentucky. Similar sized towers would have served bases of around 2,000 Airmen originally. In many instances, the Water Tower would be among the first structures built at a new airfield site, providing water pressure for showers for those working to complete construction.

It was common practice for stateside installations to mark any structures, whether it was a control tower or a water tower with such high visibility markings and patterns for avoidance by pilots. Although checkerboard markings remain a common sight on water towers at military bases, it is not a system of markings specific to the military, as civilian regulations also require any structures that present a hazard to aviation to be so marked. You may have even seen similar white and orange checkered markings on flags mounted atop tall cranes near airports. 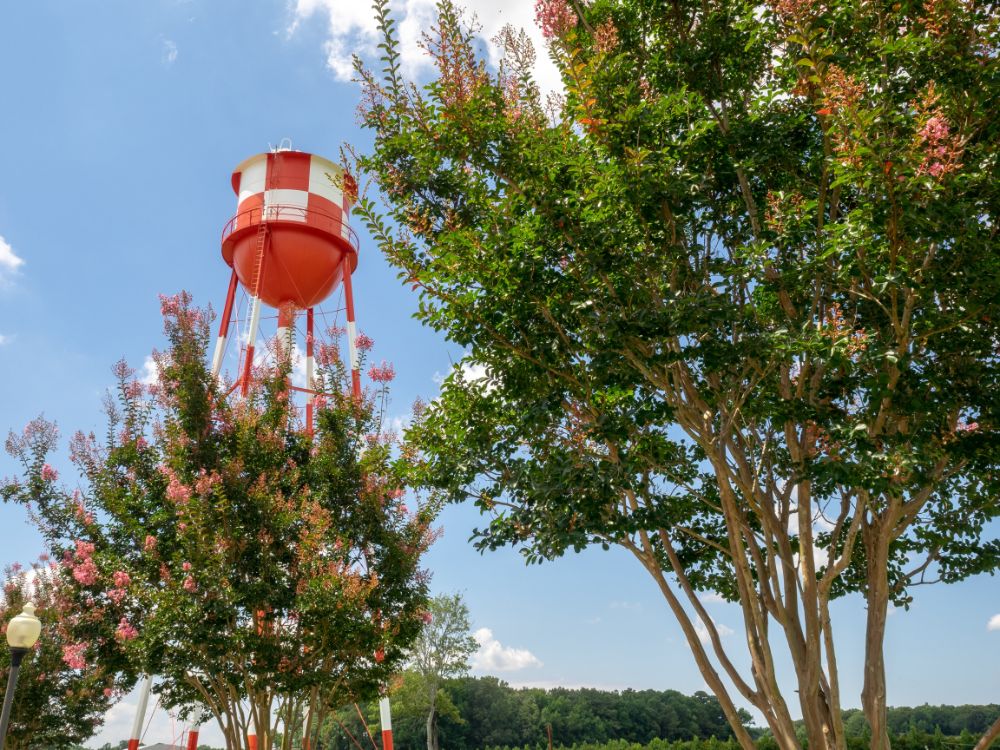