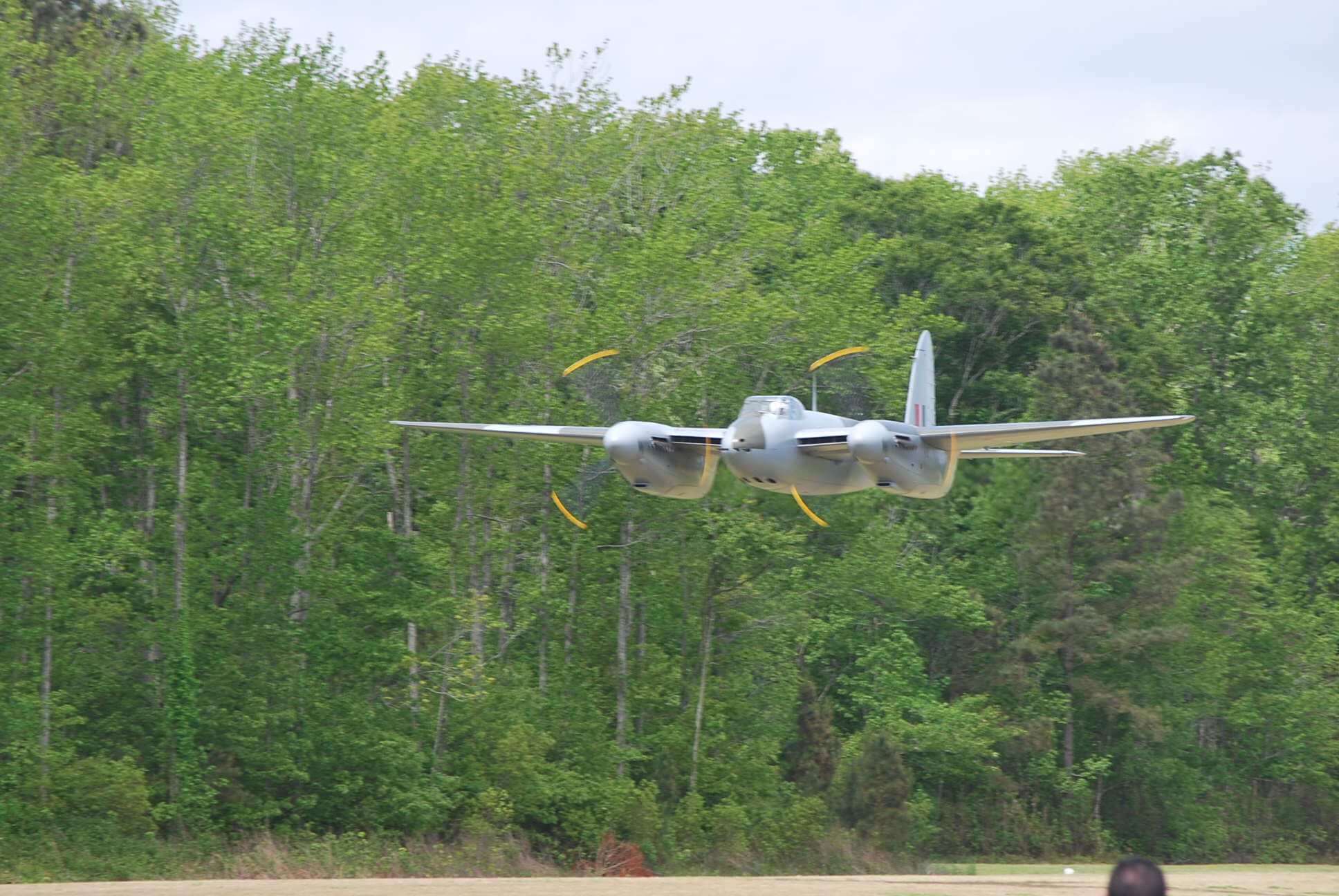 The historic first flight of KA 114 in the United States on May 7, 2013. Photograph by Fighter Factory Mechanic Jon Brawner.

Warbird enthusiasts from around the world have been following the progress of the Military Aviation Museum’s de Havilland DH.98 Mosquito, from its shipment from New Zealand to the announcement of its first public appearance. For the past few weeks the plane has been being assembled in the Fighter Factory, at the Military Aviation Museum in Virginia Beach, Virginia. This assembly is being completed with the assistance of technicians from Avspecs Ltd of New Zealand, who had completed the assembly and initial test flights of the plane at their shop in the Southern Hemisphere before disassembling it and packing it into three shipping containers for the month-long oversea journey to its new home in the states.

The project, which has resulted in what is believed to be the world’s only airworthy Mosquito, has been a decade long odyssey for the Museum and its founder Jerry Yagen. The Mosquito’s unique glued balsa and birch wood construction conceived to minimize metal usage during wartime, made for an extremely lightweight plane, that while an exceptional performer, had no shot at longevity as the animal glues that held their molded wood fuselages together made for a plane that literally decomposed, and quite rapidly if exposed to the elements.

The beginnings of the project were in a decomposing pile of wood located by Yagen. What had once been a Mosquito still had much of its metal bracketry and other non-wooden items intact and had a body fabricated from scratch by Mr. Glyn Powell of Papakura, New Zealand, based upon jigs and molds he had completed by hand. An airworthy Mosquito, being something of the holy grail for aviation enthusiasts, saw many rare parts offered up from around the world. Brakes from England, a pair of engines from Australia, instruments and a propeller from Canada, a seat found (un)surprisingly enough on eBay, “One by one, these pieces all came out of the woodwork” says Yagen.

The plane has been finished in the colors and marking of the 487th Squadron of the Royal New Zealand Air Force that, flying their Mosquitos, took part in the daring Allied raid dubbed “Operation Jericho” where Allied bombers attacked the Amiens prison in German-occupied France, causing extensive damage to the facility and enabling over a hundred Resistance prisoners, who were scheduled for execution, to escape.

The plane underwent ground testing for FAA inspectors last week, which it passed with flying colors and while the air tests for certification to fly in US airspace were originally scheduled for last Friday, uncooperative weather on that day and over the weekend caused delays in completing flight certification. This morning the plane took to the air and was put through the necessary paces without incident, and is now awaiting final certification from the FAA which is expected shortly. The public debut for the Mosquito is scheduled for the Military Aviation Museum’s annual Warbirds Over the Beach Air Show on the 18th and 19th of this month. 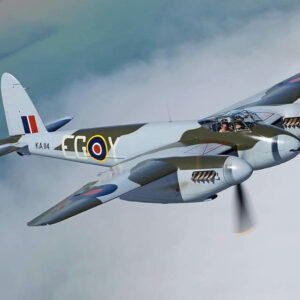 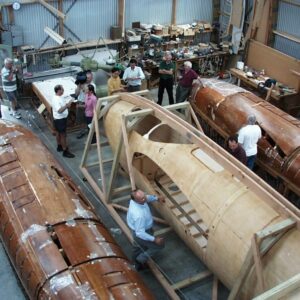 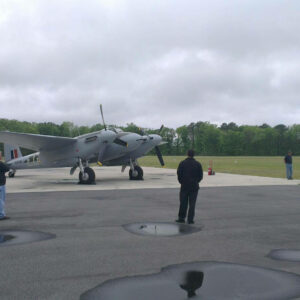 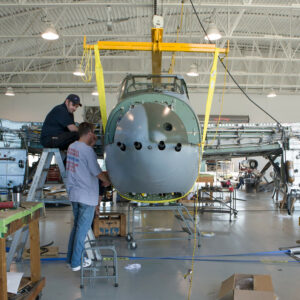