As it can be said that Ford put America on the road with his affordable Model-T, so too Curtiss put America in the air with his JN-4 Jenny.

The term “Jenny” originated as a logical corruption of the model designation JN, followed by an open number 4 (Ϥ) being read as a “Y” and leading to the name JNY, or Jenny. It is estimated that the total production of Jennys was more than 6,000. It also was the first Army aircraft to feature dual stick control.

The JN-4D was first powered by the Curtiss 90hp OXX-5 8-cylinder in-line engine. Navy float plane Jenny’s were powered by the 100hp OXX-6. The underpowered JN-4D’s engine was later upgraded in later models (150hp) to the Hispano-Suiza which enabled them to carry a gun, bomb devices and photography equipment.

A JN-4D made the first landing at Langley Field in summer 1917. In July-August 1917, the first two-way radiotelephony communication was made from a JN-4 to ground and from plane to plane at Langley Field. JN-4H’s were used at the Langley School of Aerial Photography during WW1.

MAM’s JN-4D, serial number (SN) 34135, was built on or about 8 May 1918 and one of 450 produced by the St. Louis Aircraft Co. While still being researched, it was believed to be used in Eberts Field, Lonoke, Arkansas. It had at least 10 civilian owners during its lifetime, the first reported in California in 1927, when all Jenny’s were declared military surplus. It is powered by an original 100hp Curtiss OXX-6. The Museum acquired our Jenny from the Arkansas Aviation Historical Society in 2013 and it arrived in Spring 2014.

Charles Lindberg trained and flew in both the JN-4 (Can) and the JN-4D. He started as an unqualified barnstormer, wing walker and parachutist. Bessie Coleman, an African American woman, (first certified pilot and popularly known as Queen Bess and Brave Bessie on the airshow circuit) “not only thrilled audiences with her skills as a barnstormer, but she also became a role model for women and African-Americans.” was another JN-4 pilot. The 1918 Curtiss Jenny Air Mail Stamps were a set of three airmail postage stamps issued by the United States in 1918 featuring  a JN-4H 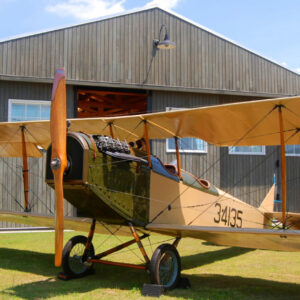 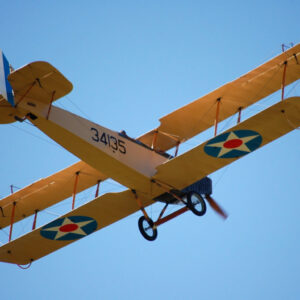 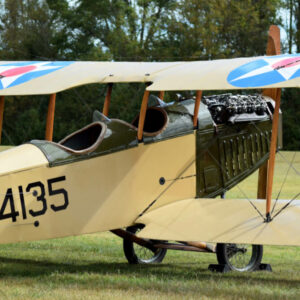 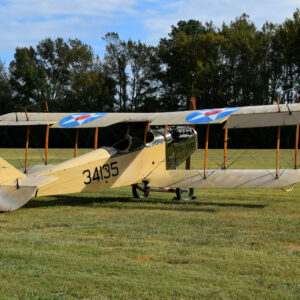