Drawn from an original WWI design for an Aeroplane Twin Shed used in England by the Royal Flying Corps (RFC), the WWI Hangar uses original construction techniques, with a few modern touches to create a unique space to display our WWI aircraft collection.

As aircraft grew in complexity, the need to establish specialized buildings that offered space to conduct maintenance grew as well. As was the case with the design and construction of aircraft, WWI would provide a growth spurt of sorts in the field of Hangar development. Although the Hangars used closest to the front lines were typically little more than large tents, allowing them to be moved regularly along with the aircraft, rear areas allowed for the construction of more permanent structures.

When the WWI Aircraft Collection began to grow at the Museum it was clear that there was a need to store the airplanes in a purpose built structure. Considerable research was done into the styles of hangar in use during the period. Several French structures were examined closely before atchitect Steven Atkin settled on a set of blueprints kept in the Royal Air Force Museum Archives. 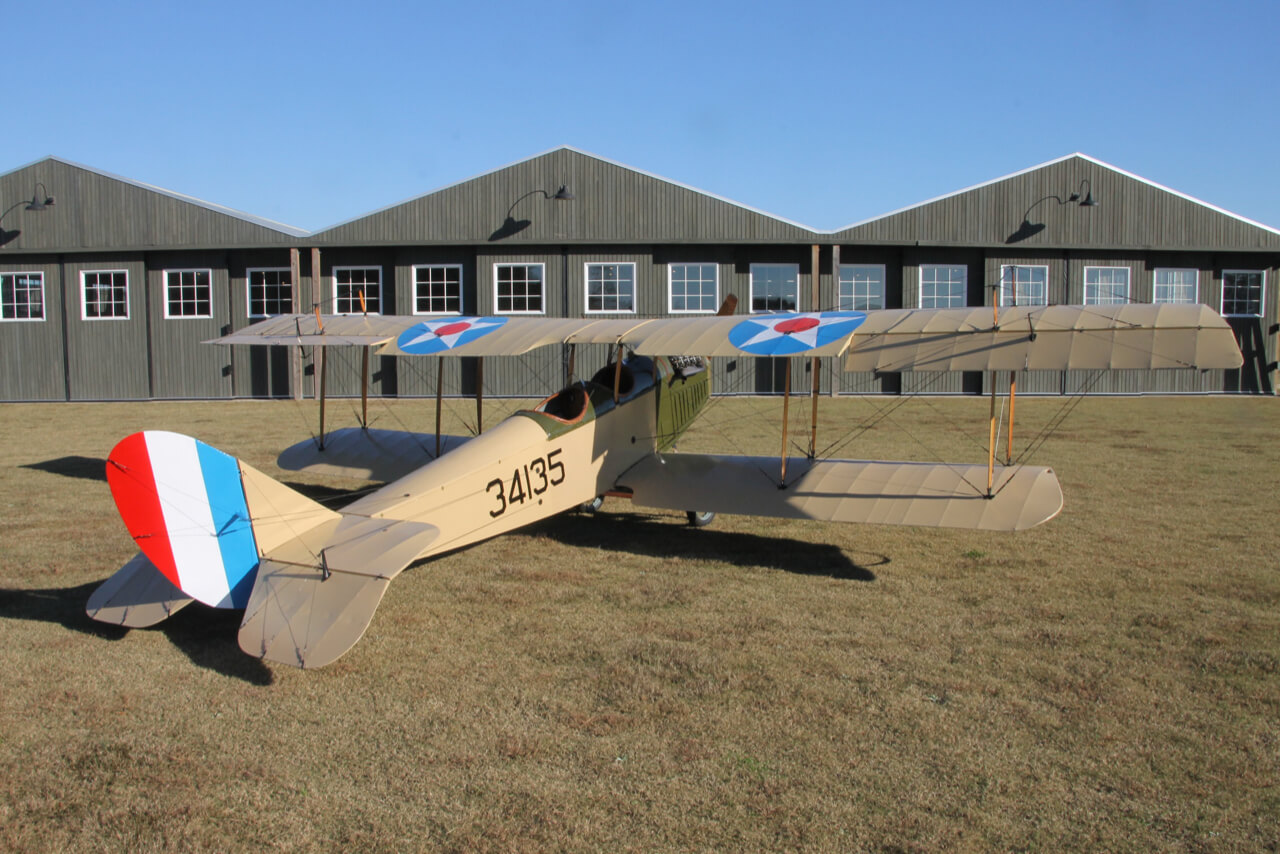 The Aeroplane Twin Shed located at the 6th Brigade Flight Station was detailed in a 1918 drawing. A timber structure 120 feet wide, comprised of two 60 foot bays, lit with natural light from extensive windows would serve as the basis for the structure that would eventually be built at the Museum. Modifications were made to accommodate the collection, with the twin bays being replaced by three, each with a narrower span of 50 feet. Some modern elements were added, including a climate stabilization system designed to help preserve wood and fabric aircraft, as well as a modern electrical system and special hurricane fasteners for the roof.

Dave Williams of Williams Engineering Associates worked extensively with Steven Atkin to refine the design prior to construction. The 1918 drawing was used as the starting point, with a priority placed on retaining the features that made the building uniquely of the period, including the external buttresses and overhead timber structure. Another modern addition would have to be made however, as the original structure did not feature hangar doors, but rather canvas curtains. 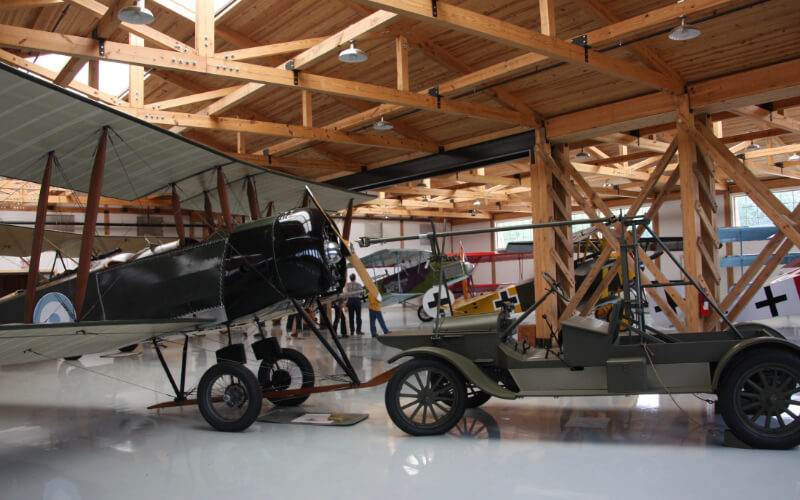 In addition to the remarkable collection of Aircraft on show in the Hangar, there are additional pieces of WWI airfield equipment including vintage fuel pumps, fire extinguishers and a Ford M1917 Ambulance. The Ambulance along with a Hucks Starter and and armed car are based on the standard Ford Model T of the time.