The process to establish the Military Aviation Museum began in 2006 when Elaine Yagen encouraged her husband Gerald (Jerry) to make his personal collection of WWII aircraft available to the general public. While the collection had begun as a group of personal airplanes for Jerry, Elaine was moved by the interactions she had observed when traveling with Jerry in the P-40. Watching people approach the airplane, take an interest in the history or share a family connection to someone who had served in WWII, made it clear that these historic airplanes were too important, and told too big of a story, to be kept in a private hangar.

The collection itself had begun years earlier, when the Yagen’s attended an annual convention for Piper Aerostar owners and pilots at the Canadian Warplane Heritage Museum. As he and Elaine wandered among an incredible collection of restored wartime airplanes listening to big band music, he decided that he should try to acquire one of these rare old warbirds and preserve a little slice of history. Just one. So that he could join the warbird community and enjoy flying something so majestic on the warm summer days over Virginia Beach.

The Yagen’s quickly learned that such aircraft were not easy to acquire. After research into the scarcity of each type and learning that combat veteran aircraft were still out in the battlefield, the collection began with the acquisition of a P-40, whose wreckage had been located outside Murmansk in Russia. The restoration of the P-40 would take a number of years, and during this time Jerry understood that to fly the airplane he would need to transition from an accomplished general aviation pilot to fly the powerful, tailwheel warbirds. To this end, a Stearman was added to the collection, and later an SNJ, with Yagen learning to fly a fighter along the same lines as wartime cadets, only deepening his appreciation of the heroes who flew these complex and sophisticated aircraft decades ago.

At heart, Jerry has always been a collector. As a young boy he collected marbles, comic books and eventually postage stamps from around the world. His collector’s heart and mind started young, and he understood what made items special, rare and worthy of collecting and important to preserve. Prior to developing an interest in aircraft, Jerry collected high performance automobiles, but it was in aviation that he found a true connection to the story, and inherent meaning in the collection. It was with this passion and support of his wife and family that he embarked on his journey to bring lost stories of the war years back to the surface and efforts began to search out aircraft from around the world. Eventually, aircraft would join the collection from wreck sites and restoration shops in Australia, Canada, Germany, New Zealand, Russia, and Papua New Guinea.

As the collection grew, Jerry invited volunteer pilots to fly the aircraft with him, first from a facility at the Norfolk Airport, and then at the Fighter Factory building in Suffolk, VA. Eventually the collection was moved to the expanded facilities at the Virginia Beach Airport, which had been designed specifically to house this remarkable collection of aircraft. Included at the Virginia Beach Airport were several large facilities for the storage of upcoming restoration projects, and the Yagen’s – with support from the Museum staff and Fighter Factory team – continue to complete restorations and add additional aircraft to the collection.

Although Jerry has now passed on the torch of actively flying the airplanes, keeping a commitment he made to his wife to stop flying them at age 75, he is a frequent visitor to the Museum and can often be seen enjoying regular activities like Summer of Flight, or performing the Master of Ceremonies functions at the Museum’s annual air shows. Jerry still serves actively on the Board of Directors and is passionate about the museum’s future maintaining and operating the remarkable collection he assembled. 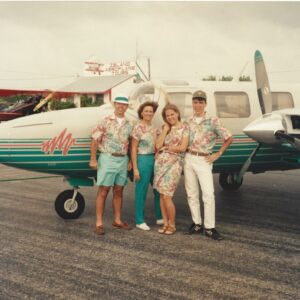 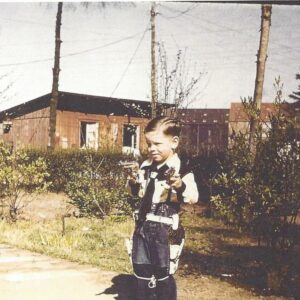 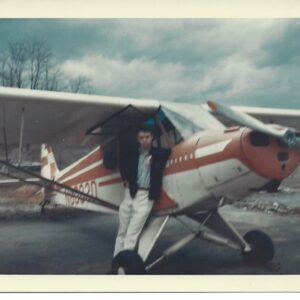 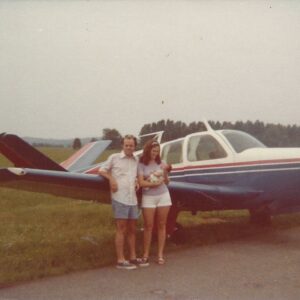 The funding to kickstart the Museum’s incredible collection of aircraft came directly from the Yagen family. Jerry, who established his own business named Search and Recruit International, at the age of 23, is currently the owner of the largest network of schools that provide FAA licensed aircraft mechanics in the world. The Aviation Institute of Maintenance (AIM) facilities are spread across the nation, with over a dozen schools in 10 states.

Search and Recruit was a headhunting firm that specialized in the placement of former military veterans into technical jobs with defense companies.  It soon grew into a chain of a dozen branches, all located near major military communities supporting the placement of veterans eager for civilian employment.

Helping veterans find work opened Jerry’s eyes to another set of challenges, which involved converting military skills into civilian certifications to support employment.  The first of the training schools opened in January 1983, not teaching Aviation Maintenance, but teaching veterans to upgrade their analog electrical skills for the new age of digital electronics.  It was this first school that led the way to what his business has now become.

In more recent years, the Yagen’s have been joined by hundreds of others who make annual contributions to the Military Aviation Museum to support this remarkable collection of aircraft. These others share in the belief that these magnificent airplanes should be kept flying as a tribute to the young men who went off to save the world in such airplanes during a couple of almost forgotten wars.

Do you want to join the Yagen’s in assuring that future generations can enjoy a flying collection of aircraft from the World Wars? 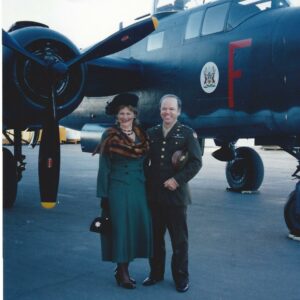 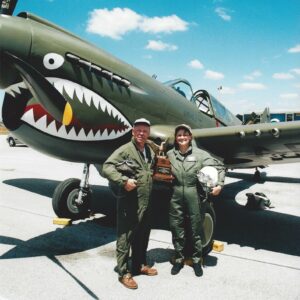 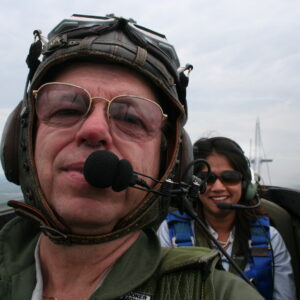 Operating aircraft is complex, so as an institution the Museum is committed to the highest standards of safety in operations, maintenance and the creation of singularly high quality guest experiences. We want our guests to share a unique experience at the museum, with the assurance that their safety is our highest priority.

We continue to share the passion the Yagen’s have, not just for the aircraft, but for the history they provide a connection to. In keeping with a tradition dating from its founding, the Museum emphasizes participation in the preservation of our shared history, providing opportunities to volunteer and to support our efforts financially.

Stemming from our shared ancestry with the successful businesses Mr. Yagen has run, the Museum commits itself to dealing with people in a professional and respectful way. This extends into our organization where we deal with one another with mutual respect, valuing one another’s differing perspectives.

As the stewards of a collection of unequalled importance and value, the Museum acts with honesty, integrity and the highest standards set for institutions of our type. We embrace the responsibility of financial management and commit ourselves to long-term operation of the Museum.

Above all, we share the Yagen’s desire to tell the important stories connected to the collection. As the generation that fought the war leaves us, the Museum commits itself to the creation of programs, exhibits and experiences that ensure that vital history is not lost.