The best fighter the US Army had to offer on the eve of WWII, the P-40, though outmatched by many adversaries, held the line while faster and more capable aircraft were produced. It made up more than half of US Army Air Forces fighter strength until July 1943.

The Museum’s P-40E-1-CU was built for the United States Army Air Corps as serial number 41-35918 (Curtiss Contract Number 1025) in Buffalo New York during 1941. The aircraft was transferred to the British as a Kittyhawk IA (ET564) and they supplied the aircraft (along with 9 others during April – May 1942) to the USSR’s VVS (Voyenno-Vozdushnyye Sily “Military Air Forces”) where it flew with the 19th Guards Regiment.

The airplane’s wreckage was recovered outside the Soviet city of Murmansk, having been lost while defending this vital port against the invading German army. The wreck was recovered in 1992 and was restored, completing its first flight in New Zealand in 2001 before being shipped to the United States where it would become the first airplane in the Military Aviation Museum collection.

Our P-40 flies in the markings of American Volunteer Group (AVG) P-40E 41-5658 “108” of the 3rd Squadron “Hell’s Angels” it features the distinctive shark-mouth markings made famous by the group, as well as their Walt Disney Studio-designed Flying Tiger emblem. The aircraft also features Nationalist Chinese Insignia in place of American Stars, since the AVG, although made up of American aviators, was not a part of the US Military.

Although the AVG general flew earlier model P-40s they were down to their last 20 aircraft when they received a shipment of P-40E’s via Africa and India. Assigned to the 3rd Squadron “Tex” Hill, himself a part of the 2nd Squadron (Panda Bears) borrowed aircraft 108 to lead his attack on the Salween River Gorge. The improved 700lb bomb capacity appealed to him for the mission profile, as did the extra pair of .50 cal machine guns in the aircraft’s wings.

Claire Chennault, commander of the Flying Tigers would later say that Hill and the three pilots who flew with him in their new P-40Es had “staved off China’s collapse on the Salween” after destroying a Japanese pontoon bridge, and strafing enemy positions for four days in the mile-deep gorge.
A triple flying ace, Hill would score 12 ¼ victories with the AVG, and a further 6 in a P-51 after joining the US Army Air Corps in the Summer of 1942. Hill had originally earned his wings as a US Navy Aviator in 1939 and had joined the fleet as the pilot of a TBD Devastator aboard the USS Saratoga. Later he also flew SB2U Vindicators from the USS Ranger, before joining the AVG in China.

Inducted into the Texas Aviation Hall of Fame in 1999, Hill passed in October 2007 at the age of 92. Prior to his passing he visited the Military Aviation Museum and flew in his recreated P-40E saying “It looks exactly like my old plane, except … it’s too clean.”

The P-40 was widely loved because of its ruggedness. It operated reliably in harsh conditions, and its partially modular construction made it easy to fix compared to contemporary aircraft. 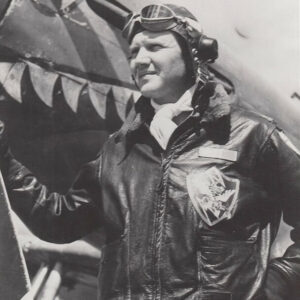 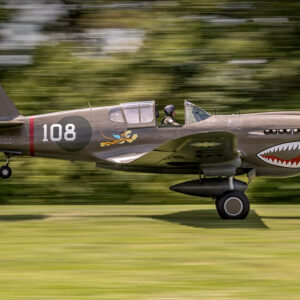 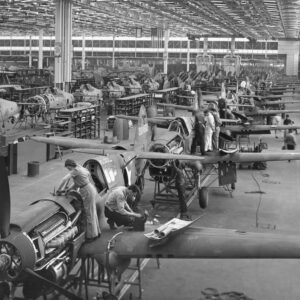 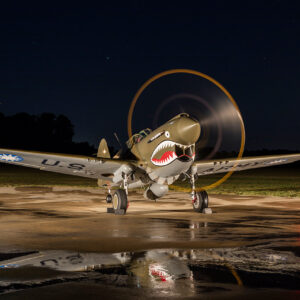 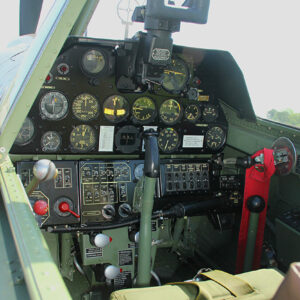 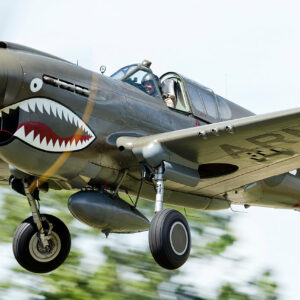 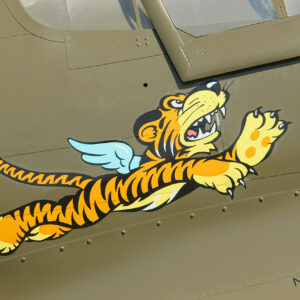 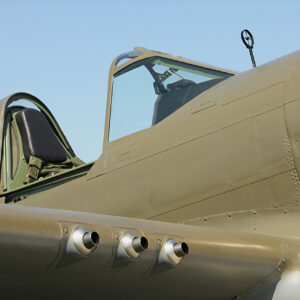 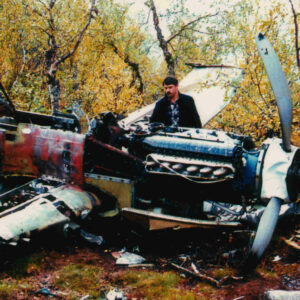 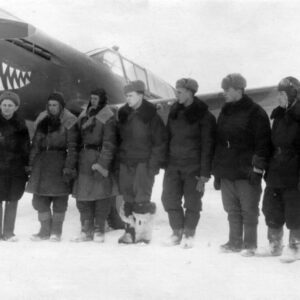 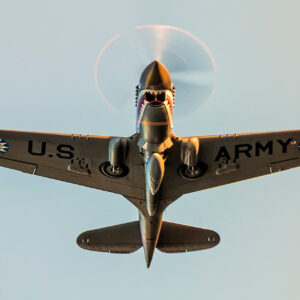