Perhaps the most well-known German fighter of the war, the Messerschmitt Bf 109 would be the primary adversary faced by American pilots in the skies over Europe.

Although more than 33,900 Bf 109s would be built during WWII, ours is one of just a handful of original aircraft that remain airworthy. With many Spanish-built licensed versions often serving as stand-ins at air shows and in movies , the Museum’s Bf 109 gives visitors a rare opportunity to see a restored, German-built aircraft up close.

The Museum’s aircraft is a 109G-4, WkNr 19257, and it was lost on May 5, 1943. It was being flown by Feldwebel Viktor Peterman, a pilot with JG 52. The airplane was forced to the ground when his coolant system was damaged by Russian fighters over the Eastern Front. Although he would have to walk for four days to return to his airfield, he scored his 30th, 31st and 32nd victory in this aircraft before being forced down.

The restoration of this particular Bf 109 was undertaken by Meier Motors GmbH of Eschbach, Germany. Their effort involved a considerable amount of conversation with former Luftwaffe Pilots, to ensure that the airplane was restored as accurately as possible. One notable departure from the original is the use of a composite propeller owing to the scarcity of the original blades.

The engine in the Museum’s aircraft, a DB 605, carries an interesting story. It originated on a German aircraft which had accidentally landed in Switzerland. The aircraft was destroyed to prevent it from falling into Allied hands, though the engine survived, stored in a Swiss warehouse until after the war.

Hauptmann Klaus Quaet-Faslem: The airplane wears the markings of GruppenKommandeur Hauptmann Klaus Quaet-Faslem of the JG3 “Udet” while the unit was based in Germany in mid-1943. This historic fighter wing was founded in 1939 and served on every front in the European theater from London during the Battle of Britain to Stalingrad before falling back to defend the Reich from the onslaught of B-17 and B-24 raids.

Quaet-Faslem was born in Kiel on September 5, 1913 and scored 49 aerial victories before he was killed in a flying accident on January 30, 1944.

Some parts from a HA1112 Buchon C.4K-64 were used in the restoration of this aircraft. 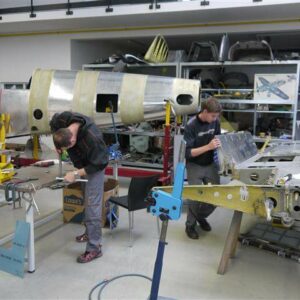 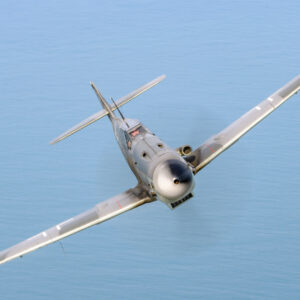 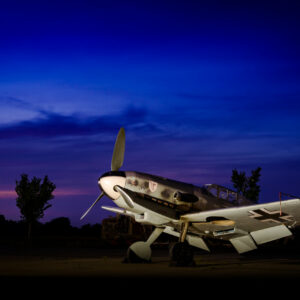 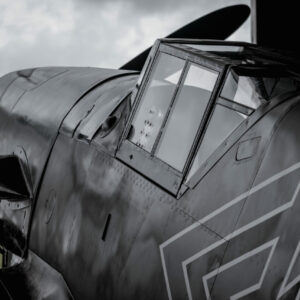 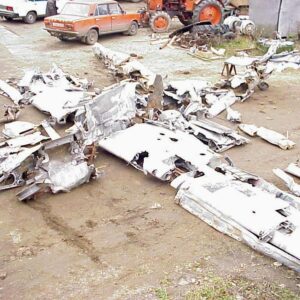 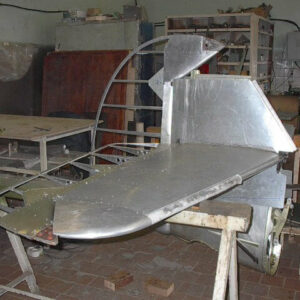 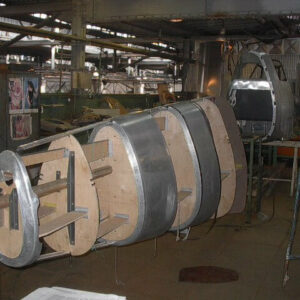 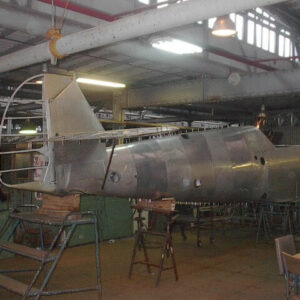 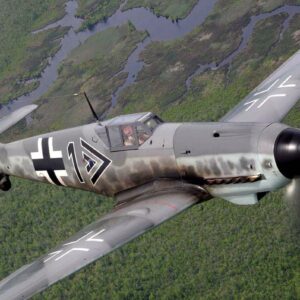 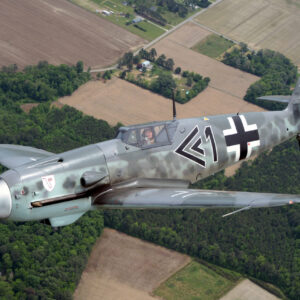 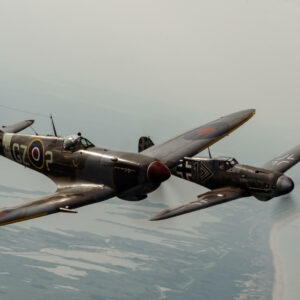